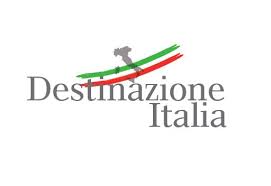 Among the changes made by D.L. “Destination Italy”, recently converted by Law no. 9/2014, there are also those with the discipline of the condo buildings, recently reformed by Law no. 220/2012, necessary to dispel any doubts.

With the condominium reform, which came into force June 15, 2013, significant innovations, but they have not made clear the following issues have been introduced:

Is also amended Article 1120 relating to innovations. In particular, the innovations are eliminated between the works for the energy containment in buildings that, in this way, to be able to be resolved, they do not require the majority as defined in paragraph 2, Art. 1136 of the Civil Code (ie a number of votes constituting a majority of those present and at least half of the value of the building), but that under Article. 26, paragraph 2, of Law no. 10/1991 and subsequent amendments, which provides the majority facilitated by a third of the value of the building as well as the majority of participants in the assembly if the actions are identified through an energy performance certificate or an energy audit performed by a qualified technician.

Regarding administrator powers, the decree Destination Italy has specified that in reference to the condominium registry registry, it should only contain data on safety conditions of the common parts of the building.

As to the special fund for extraordinary maintenance work and innovations, the art. 13 of Law no. 220/2012 had made some amendments to Article. 1135, paragraph 4 of the Civil Code, establishing that for the start of the extraordinary maintenance works or innovations, the assembly of blocks provides for the establishment of a special fund of shares amount to the amount of work. The vagueness of the standard had, in fact, blocked the work subsequent to June 18, 2013 (date of entry into force of the reform). For this reason, the Decree Destination Italy predicted that if the works are to be carried out under a contract which envisages the gradual payment according to their gradual progress, the fund can be constituted in relation to individual payments due.

It also amended Article. 70 of the provisions for the implementation of the Civil Code relating to infringements of building regulations. The article stated that for infringements of building regulations could be established, as a sanction, the payment of a sum of up to EUR 200 and, for repeat offenders, up to € 800 (the sum donated to the fund referred to in the ‘ administrator has for ordinary expenses). Destination Italy Decree provides that the imposition of the sanction must be resolved by the majorities specified in the second paragraph of Article 1136 of the Code, that is, with a number of votes constituting a majority of those present and at least half of value of the building.