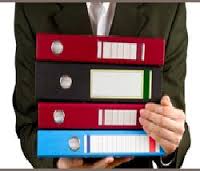 The condominium documents must be delivered by the administrator ceased in the hands of the successor in its entirety including all documents, of any nature and origin, related to the condominium management, even if referring to time segments, acts and reports included in the final financial statements already approved by ‘assembly, and regardless of the management period to which they pertain, in addition to what has in order (Cfr.Cass. n.1851 of 2000; Trib. Messina sect. 9 January 2012 n ° 20).

Therefore, if you deliver everything except the models of 770 years of condominium management, together with carpettoni containing the F24 and supplier invoices and as if he had not done anything.

The procedural tool to use.

Meanwhile, it is worth pointing out – for the layman – that the type of action to bring to be able to get delivery of service documents – not yet transmitted – by the former principal must be well thought.

Prudence requires recourse in the ordinary way, rather than on a cautionary basis, in order to avoid the pitfall of having to justify procedurally the existence of the requirement of danger in delay (ie, the imminent and irreparable damage), and this well beyond what a prima facie case (ie the substantive law argued that it goes without saying).

in fact, not always in court, it is easy to prove the first of the above requirements.

Therefore, if you intend to convey procedurally a request to “recovery of part of the documentation not yet delivered” of administrators, it seems advisable, depending on the case, recourse to the list of cognition process, governed by articles. 702 bis and following of the Code of Civil Procedure. (E ‘punished for embezzlement failure to return the documents by the administrator outgoing)

It is a rite introduced by Law No. 69/2009 which can be applied if you controverta on “facts” that do not abbisognino special procedural instruction (eg. Oral testimony and / or other evidential tape).

The summary nature of cognition, for as crafted by the legislature, would be mainly on the rapidity of the procedure.

A Palermo condo has proceeded to trial under art. 702 bis and S.S. Code of Civil Procedure against the former administrator for the delivery of documentation to its management. The respondent does not constitute, and remained in default.

Pending the outcome of these has however partially fulfilled the obligation required by the applicant condominium, handing the new administrator all the documents were improperly in his possession to the exclusion of the tax model 770, relating to prior years, and the certificate attesting to the payment of withholding ‘advance payments on invoices from suppliers

The Court of Palermo with Order of 6 May 2014 upheld the appeal of the appellant apartment building, specifying, in particular, that: “[?] In the present case it appears that the new administrator had asked the previous documents relating to previous management but the latter had not met its obligation. Pending the present judgment were handed a part of the requested documents. As I move, delivery of documents is the subject of a specific obligation on the part of the administrator ceased to hold office, so you can invoke the principle case law that the action of performance the creditor is required only to prove the existence of the title, but not the obligation breach (see, Cass. 3373/2010) [?] “.

So considered the merits of the action exerted by the block in question the court system administrator ordered the defendant are delivering tax models 770 and the certificates confirming the withholding tax payments and ultimately sentenced him to pay the legal costs for the sum of € 1,400.00 plus additional bill.

But what are the models 770 and F24? And what importance fulfill the plan document?

And ‘well-known fact that the block acts as a withholding agent. Whenever corresponding compensation in cash or in kind is required: to pay the related withholding tax; to issue the certification provided; to file the statement of withholding agents (mod. 770).

The payment of withholding taxes should be made using the f24 models and apply by law in the following cases:

Withholdings to be paid by the directors (withholding) by 16th of the month following that of payment. The payment must be made using form F24.

In light of the above, it is quite evident nuisance which brings in itself an administrator in the event that fails to deliver tax certificates to its former principal (the condo).

The negative value of his conduct might cost him dear personally (by way of professional responsibility), being the damage apparently susceptible to economic valuation.

In this case, always in ordinary and where it is done explicitly reserves to do so, you can proceed with other procedural action.