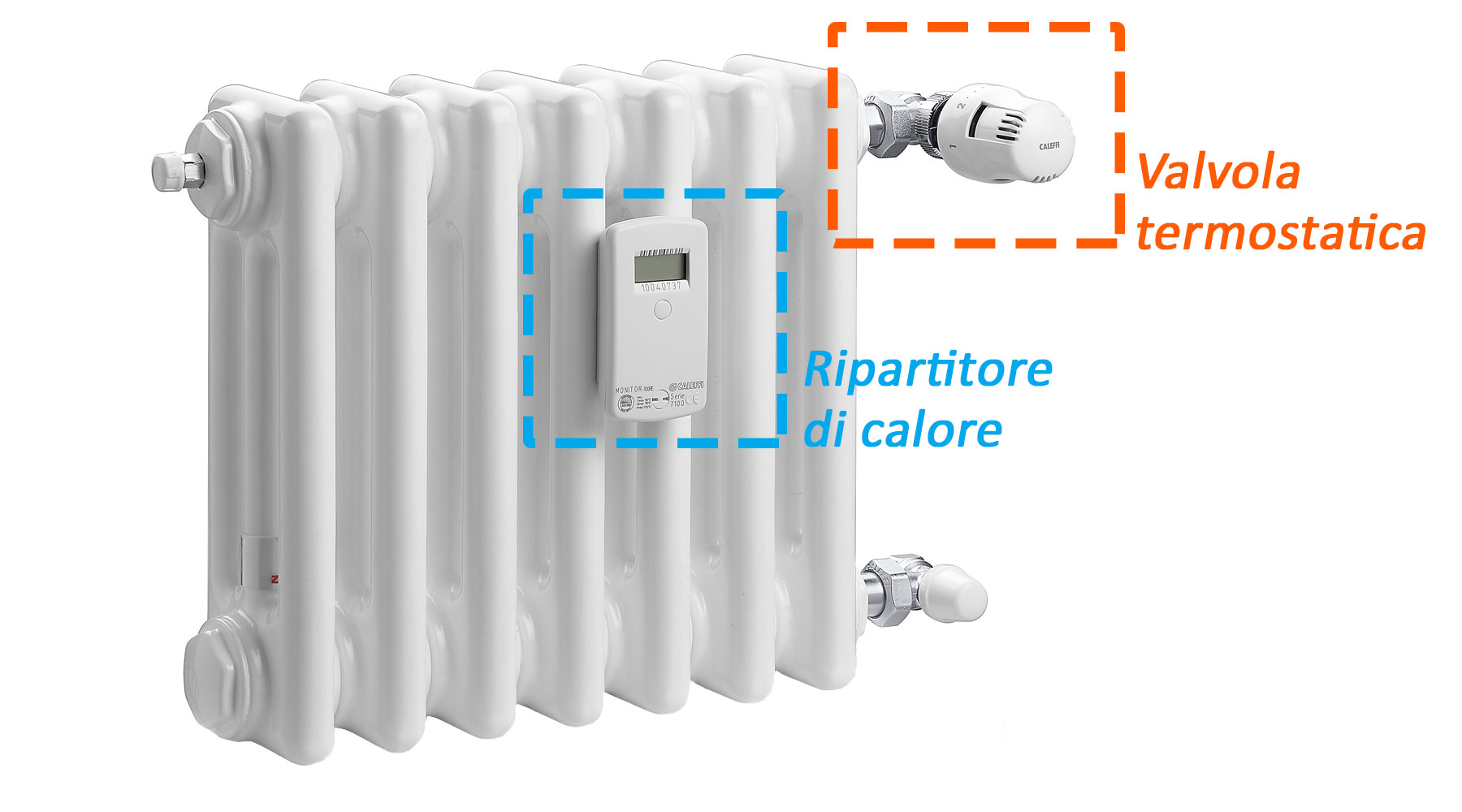 From 1 January 2017 all buildings with central heating system, must comply with the rules of the Legislative Decree. 102/2014 and Legislative Decree no. 141/2016 implementing the Directive 2012/27 / EU on energy efficiency.

By 31/12/2016 all buildings with central heating system, will provide for heat metering, endowing each building unit of special equipment allowing to issue it with its own consumption: thermostatic valves, calorie counters, temperature sensors, etc.

The obligation does not apply to thermoregulation, which is the set of technologies that allow you to manage independently and planned his apartment heating. Accounting and temperature regulation of heat, where possible, should always go hand in hand, because the combination of the two leads to an actual improvement in energy efficiency of the building and to a reduction in operating costs for the occupants of the building units.

With heat meters all the tenants and / or owners will pay only the heat that they actually consumed, by ending the practice of sharing the cost of heating according to the thousandths heating.

The Leg. 102/14 and 141/2016, requiring compulsory installation of dependent meters of apartment buildings, to allow so the recording of all consumption of individual units.

All buildings with central heating will be required to calorie counters, except in case of impossibility to carry out the technical installation work.

After installing the heating costs will be shared among the owners according to individual consumption and maintenance costs of the plant, not to thousandths but according to the technical standard UNI 10200.

Those who will not fulfill the obligations of the decree will be punished by a fine of a minimum of 500 euro to a maximum of 2,500 euro.

The European Directive 2012/27 / EU provides that each region can implement the decree on autonomy, while respecting the obligation imposed on all the installation of heat meters later than 31 December 2016.

On this date all buildings that have a centralized plant must have already installed heat metering systems.

The plant will measure and contabilizzeranno the amount of heat actually consumed in each apartment, allowing to allocate the heating costs to those who carried out the consumption.

Two are the possible kinds of heat metering: direct and indirect.

And ‘feasible in apartment blocks with horizontal distribution, where each building unit has a single heat transfer fluid delivery point: by placing a heat meter of this pipe adduction you can measure the real consumption of the unit directly.

Indirect is the energy consumed by the user evaluation through the data collected from particular said heat splitter instruments.

As regards the distribution of consumptions, it is important to emphasize that the costs for heating are no longer broken down according to the thousandths, but according to the UNI 10200, which provides the sum of a fixed portion and a variable portion.

The fixed fee covers the system operating costs and plant distribution losses, which is the involuntary consumption and costs set by the operator.

The variable portion is instead the voluntary consumption, ie the consumption measured by heat meters.

The European Directive 2012/27 / EU introduces an important requirement to increase the energy efficiency of existing buildings.

For those who live in apartment buildings has introduced an obligation, with all expenses related to the necessary works against them, but at the same time there is potential for savings: with the accounting and thermoregulation tenants and / or owners of various properties can tune in autonomy the temperature of your own apartment, paying only the actual consumption.

Greater cost savings will also be due to the reallocation of expenses, no more cones thousandths but with an accurate calculation by UNI 10200.

The building administrator, or a third party, is obliged to adjust the central heating systems of which it is legally responsible.

The decision to adapt the building to the Decree. 102/2014, with the Decree. 141/2016, implementing the directive 2012/27 / EU on energy efficiency lies with the assembly of the condos by a resolution, with the majorities provided for in paragraph 2 of art. 1120 of the Civil Code

The condominium that not their property into compliance within the 31/12/2016, would be subject to administrative sanctions by the Regions.