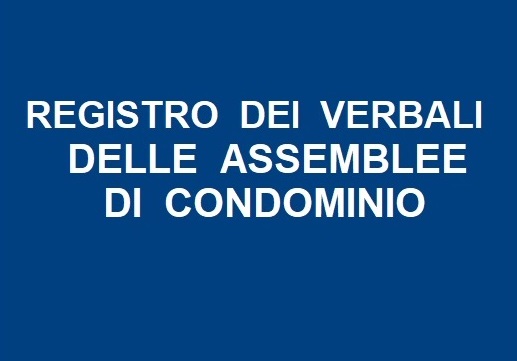 Resolutions that only serve to plan future decisions and contestability profiles.

There are condominium resolutions with which no specific decision is taken: these are resolutions that simply serve to set firm points on the basis of which to make future decisions.

These resolutions are called by the experts in the preparatory, programmatic and interlocutory resolutions.

A resolution can have only one of the three characteristics, or all three. The qualifications indicated have a minimum common denominator: resolutions of this nature have no decision-making content and as such their concrete effects do not exist, so that they cannot be challenged.

This is the main effect, on which the jurisprudence from time to time dwells, as the Court of Rome did, at the beginning of August 2019, with the sentence n. 15959.

It seems useful, also to better understand the rationale of the decision of the Roman judge, to define in more detail the preparatory, programmatic and interlocutory condominium resolutions, also helping us with practical examples.

The preparatory resolution is the one that serves to start a more complex decision-making process, simply by laying the foundations.

The programmatic resolution outlines a time schedule or simply a set of things to do, but does not decide anything concrete.

An interlocutory resolution, however, as the same term says, is also an indecisive resolution, still open for further developments.

The condominiums present agree on the usefulness of carrying out maintenance works on the facade of the building and update themselves at a forthcoming meeting to evaluate the cost estimates.

A preparatory resolution, this, with which nothing was decided, not even theoretically, only an intention was expressed, postponing the decision to the future.

The condominiums present specify (or decide it is indifferent for concrete purposes) that the next assembly will be the one during which the technician in charge of drafting the metric estimate of the work will be chosen and that once this document is obtained, another assembly will be held for the choice of company quotes based on the above calculation. Certainly preparatory and also programmatic deliberation.

The condominiums present verified that the works indicated in the metric calculation were not exactly considered in the estimates provided by the companies contacted, they entrust the administrator with the task of asking for further clarifications, reserving the right to make any useful decision at the next meeting.

It is true, here there is a decision, the input to the administrator to ask for the necessary clarifications, but this is not a real decision, but rather an order aimed at clarifying an uncertain situation. An interlocutory resolution, in fact.

One of the characteristics of the so-called preparatory, programmatic or interlocutory resolutions, which as we have seen are not strictly binding on the condominium, not assuming a binding and definitive character and which may not even be included on the agenda.

To agree on the usefulness of starting to discuss building maintenance work, it is not essential to put the topic on the agenda. Being mere intentions, without any constraint for the condominiums, these can be manifested at any time of the assembly.

Clearly the preparatory, programmatic or interlocutory character of a resolution must always be assessed in concrete terms, that is, looking at the literal content of the specific (non) resolution.

Preparatory, programmatic and interlocutory condominium resolutions: no decision, no appeal

The jurisprudence is in agreement in affirming that a programmatic resolution, like a preparatory or interlocutory one, cannot be contested independently.

To say that tomorrow we will decide on the execution of certain jobs, is not like deciding on those jobs. As long as it manifests itself through the mere preparation of future activities, without any concrete and immediate decision-making content even at an economic level, the planning cannot be assimilated to the actual decision.

To say that a technician will be assigned at the next meeting is not like assigning a technician. That resolution, therefore, even if taken without being indicated on the agenda is not invalid, that is, without reaching specific majorities, it is not invalid since it has decided nothing.

So what can the condominium do before a preparatory, programmatic and interlocutory resolution? Nothing, if not possibly wary of the condominium itself to make future decisions that it believes should not be taken, for example for incompetence.

If the assembly establishes that in the future it will deliberate work on balconies, without adding anything else that gives that decision a concrete character, then that resolution will have no reason to be contested, having to possibly contest the subsequent ones that establish the concrete to be done.

Mind you: since it is not always easy to distinguish a preparatory, programmatic and interlocutory resolution from one with a decision content, it is good that this evaluation was carried out with scruple and attention, to avoid incurring decadences.