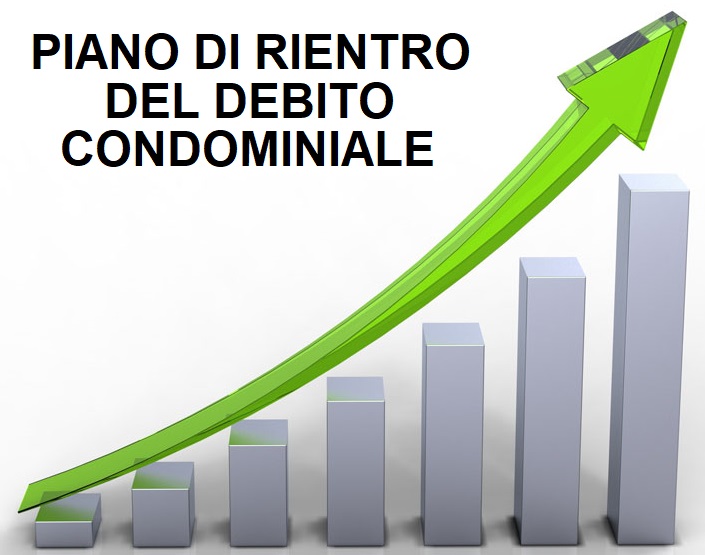 How to ask for a payment by installments of the condominium fees.

More and more frequent to read in the forums and in general on the web questions like those that we have posed in the title: is it possible to pay the condominium expenses in installments?

Mind you: we are not talking about the normal periodicity of accruals for the management of common goods, but of an additional installment required by some condominiums in the face of a particular situation of economic difficulty.

For years now, passing from one economic crisis to another, many struggle with the ordinary management of their own economy and that of their family. The condominium is not exempt from the crisis and indeed, it is not clear why, often condominium expenses are among the first to be neglected.

Let’s try to understand what is possible and how. Let’s start from the assumption perhaps harder to digest: in front of the condominium a condominium is never without the possibility of paying because, badly it goes (that is in case of legal action), it is always possible to ask for the attachment of the apartment.

Of course, the real estate execution procedure is far from economic and often the presence of a mortgage to guarantee the mortgage makes the road difficult to follow.

In any case, one aspect must always be considered: for condominium credits (unlike those claimed by Equitalia) there are no limits to the attachment of the apartment. Theoretically also for 1.000,00 euro (let’s say a random amount) you can get to the forced sale of the house (the impignorability concerns the tax debts).

Payment of the condominium installments, the frequency is decided by the assembly

Returning to the condominium quotas it is useful to remember that the debt that the condominium has towards the condominium concerns the whole year of management and that it is up to the assembly (with a resolution or with the regulation and in its silence to the administrator) to decide the cadence ( monthly, bimonthly, etc.) of payments.

In this context, what can a condominium do if it finds itself in a situation where it cannot cope with condominium installments on a regular basis?

The solution is one and only one: talk to the administrator, explain the situation to him and try, as they say, to “make him meet” contingent needs.

The administrator, keep in mind, has very precise obligations towards the team. He, to say it is the art. 1129, eighth paragraph, of the Italian Civil Code “unless it has been expressly dispensed by the assembly, it is obliged to act for the forced collection of the sums owed by the obliged within six months from the end of the financial year in which the receivable is included, also pursuant to article 63, first paragraph, of the provisions for the implementation of this code “.

The law, to be honest, refers to the amounts due in the final balance and not in the budget. However, there are no reasons not to believe that the shareholders’ meeting cannot dispense him from immediate action during the year of management.

The lengthening of time, however, does not mean exemption from the obligation to take action. As if to say: knowing that for seven or eight months the administrator is not required to take legal action does not mean being protected from action and above all it may not be enough to pay off one’s debts.

Personalized installments, majority or unanimity to decide it?

Then it is good to seek a settlement agreement with the assembly. In this sense, it is good to remember that “the assembly of condominiums according to the general principles expressed by art. 1135 of the Italian Civil Code has the power to deliberate on everything that concerns the expenses of common interest and therefore also any transaction deeds that said expenses refer to “(Cass. 16 January 2014 n. 821).

As if to say: the transaction is always possible, but if it does not concern only the times or if it is a long time (which go beyond the expiry date of the precept) it is good that the assembly decides on it.

Mind you: the resolution approving the transaction, in the case of a simple dilution of payment times, can be approved by a majority.

Considering the transaction in its raison d’etre, that is a contract aimed at ending or avoiding a dispute, the majority for the adoption of the resolution must always be (i.e. both in first and second call) the following: favorable vote of the majority of those present at the meeting and at least half of the thousandth value of the building.

We must reach the same conclusion if and when the meeting resolved, during a dispute, the settlement of the same dispute, but only in relation to the payment of the litigation costs and the payment by installments of the entire capital fate required by way of condominium charges.

Unlike the case of the transaction which should also provide for a reduction in the capital fate, that is, a substantial discount on the condominium installments.

In fact, in relation to this hypothesis, the solution must be sought not by looking at the simple possibility of settling a dispute, but with a view to derogating from the legal criteria for the allocation of expenses.

Tizio will no longer pay 100 in installments, but 80, for example, in reason besides the staggering of time. The decrease in the total due will fall on all the other condominiums, corresponding to a different method of sharing the expenses as such in need, pursuant to art. 1123, first paragraph, of the Italian Civil Code of the consent of all the condominiums.