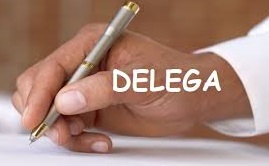 In condominium, permanent delegation is admissible.

Assumptions and characteristics for it to be effective.

With the delegation, the condominium who cannot or has no particular interest in attending the condominium assembly, can also participate in the meeting through a delegate.

Consider the case of the owner who is absent because he is busy for work reasons or the landlord who prefers to delegate his tenant to meetings in which decisions of an extraordinary nature do not have to be taken.

In these as in other cases, the proxy is issued in conjunction with the convocation received. If it is then deemed appropriate by the interested party, it is renewed at the next meeting.

Instead, in the case dealt with by the recent sentence no. 457 of 02 July 2021 of the Court of Ferrara, the delegate in question had been the recipient of a permanent delegation . In particular, the delegating party ordered that the person in question participate in ” all the ordinary and extraordinary assemblies of the property complex called …, ratifying as of now every assembly decision approved by the same “.

Therefore, the Emilian magistrate was called to answer the following questions: in a condominium, is it possible to delegate someone to participate in the assemblies with a permanent proxy? If so, what are the legal conditions for which a delegation of this type would be valid and effective?

First, however, let’s try to understand what happened in the story under consideration.

The written proxy can be permanent, a vademecum sentence: the concrete case

The dispute arises following a resolution of the shareholders’ meeting in October 2019, in which the office of the director in office is revoked and the new representative appointed.

According to the plaintiffs’ thesis, the contested decision was adopted in disregard of the quorum and the majorities provided for by art. 1136 cod. civ. Furthermore, a person with a permanent proxy had participated in the vote , so mistakenly formed .

This, according to the petitioners, was not regular, as it was an act that did not comply with the provisions of art. 67 avail. att. cod. civ.

The Court of Ferrara, having examined the documents, agreed with the plaintiffs, effectively recognizing a defect in the majority with which the contested assembly had expressed itself. Despite this, it expressed a favorable opinion on the admissibility of a permanent delegation.

Delegation in condominium: the law

Therefore, as confirmed by current jurisprudence, each individual owner can be represented at the meeting , can vote through their delegate and will be considered present at the meeting for all purposes ” Each condominium can therefore be represented at the meeting by other condominiums or third parties by conferring they have the power to represent him at the meeting and to exercise the right to vote in his name. In this case, it will be considered present for all purposes, with all the consequences regarding the regular constitution of the meeting, the legitimacy to challenge the resolution pursuant to art. 1137 cod. civ. (ex multis Court of Rome, section V, 6.4.2009) “.

Obviously, as specified by the Court of Ferrara, the lack of a written proxy entails the nullity of the assignment conferred on the delegate. In this case, therefore, the delegating party’s participation will be considered as never having occurred « Pursuant to the new paragraph 1 of art. 67 avail. att. cc, the delegate must have a “written proxy “.

In the absence of written form, the proxy is void, with the consequence that the condominium who granted the proxy cannot be considered present at the meeting “.

Finally, for the Emilian magistrate, permanent delegation is entirely admissible, since there is no ontological incompatibility with the provisions of art. 67 avail. att. cod. civ. It is only a question of examining it, in the specific case, on the basis of the rules of the mandate to which reference is made.

Permanent delegation in condominium: the rules of the mandate apply

According to the Supreme Court, the delegation configures a mandate contract between the delegating party and the delegate, therefore it is logical to refer to the discipline provided for by art. 1703 et seq. Of the civil code « The delegation configures a mandate contract, whereby the general mandate rules referred to in art. 1703 and following of the Italian Civil Code, insofar as they are compatible (Cass. Civ. 25.1.2016, n. 1234) “.

Well, examining the art. 1711, it is clear that the agent , specifically the delegate in the condominium, must comply with the instructions given by the delegator and cannot exceed the limits of the assignment received.

This, for example, could happen precisely on the occasion of a permanent delegation, if in the general mandate the acts to which the delegate can give his consent are not specified.

If this were to happen, however, it would always be possible for the principal to ratify the work carried out in the absence of a proxy. This ratification could also take place in a free and, therefore, tacit form.

For the Court of Ferrara, in fact, « that ratification can always be concluded also in free form is indirectly confirmed by article 1712 co. II cc, according to which the delay of the principal in responding after having received the communication of the completion of the managerial transaction implies acceptance, and this rule must be considered valid even if the agent has exceeded the limits of the mandate ».

Therefore, it is assumed that the permanent delegation does not conflict with art. 67 avail. att. cod. civ. and which conforms to the mandate scheme on which it is legally based.

Well, if it is too general and the acts on which the delegate has the right to express himself are not indicated within it, a ratification by the delegating party / co-owner will suffice to correct everything.

According to the Court of Ferrara, it could be found in the failure of the delegating party to challenge the meeting, despite the fact that the delegate has expressed a vote that does not conform to the mandate received.

This, obviously, not failing to consider that only the delegating party has the power to render ineffective the act performed in excess ” In fact, the jurisprudence agrees that in the absence of particular rules, the relations between the represented person and the representative who attended the meeting are governed by the rules of the mandate with the consequence that only the delegating condominium is entitled to assert any defects of the delegation (Cassation civ. n. 3952/94) and not the other condominiums unrelated to this relationship (Cass. n. 99, Cass. N. 4531/2003) “.