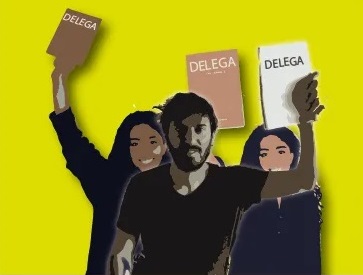 How the proxy must be made to participate in the assembly of the condominium.

Anyone entitled to participate in the condominium assembly must be informed in time of the conduct of the meeting (see articles 1136 cc and 66 disp. Att. Cc).

Specifically, whether it is a face-to-face meeting or videoconference, it is well known that the notice must be received – this is the meaning of the term ” press release ” inserted in art. 66 avail. att. cc – at least five days before the date set for the meeting.

Inciso: entitled is a broader term than the classic one of condominium in force before the reform of the condominium (l n. 220/2012).

This could mean that the legislator intended to broaden the number of subjects that the administrator must summon : not only the owners but, when they have the right, also the tenants (eg on the use of heating).

We will see what will be the jurisprudential orientation on the matter, while the doctrine has held that there are no differences whatsoever, or at least such as to make the tenant also be considered included in the group of entitled persons .

Let’s go back to the focus : participation in the assembly by proxy .

In any case, whoever is entitled to participate, he can do so in two ways:

Should the delegation to participate have a particular form?

In this regard, to avoid confusion and misunderstandings, it is good to evaluate the regulations in force before the entry into force of the reform with respect to the current one .

The reason is simple: in cases that arose before 18 June (date of entry into force of law no. 220) the regulations in force at the time continue to be applied; the reform , in fact, as is normal, has no retroactive value.

Since the pre- reform condominium dispute present in the courts of merit and in the context of legitimacy is not negligible, it seems useful to highlight the aspects of the previous and current regulations.

Delegation to participate in the assembly and legislation preceding the reform

Each condominium can also attend the assembly by means of a representative.

No mention of the from of the proxy .

In this context, the Supreme Court specified that ” the representative power conferred by the condominium to another subject for participation in the condominium assembly can also be attributed verbally, and proof of the existence, object and limits of the mandate can be acquired with any half “(Cassation, 27 March 1998, n. 3251).

The condominium regulation, however, could set formal limits as it is common ground that the statute of the team may contain provisions aimed at regulating the administration of the common thing .

However, it was good practice to grant the proxy in writing and, in cases of particular importance, also indicate the voting intentions of the delegating party so as not to make it a useful tool to strengthen the position of the delegate.

It cannot be overlooked that in this context of absolute freedom of form, the practice of the so-called telephone delegation had prevailed. This happened above all when there were not sufficient quorums in the meeting: in these contexts the telephone call to the neighbor served to avoid the stalemate.

The delegation after the entry into force of the condominium reform

Music, as they say, has definitely changed since 18 June 2013. In particular, the new first paragraph of art. 67 avail. att. cc specifies that:

In short, not only the proxy must, necessarily , be issued in writing but in particularly large condominiums it will not be possible to exceed a certain number: otherwise the resolutions must be considered voidable.

One option remains: send the proxy by fax or as a “scanned” attachment via e-mail. The law, in fact, does not prohibit the use of these means. The important thing is that it is done before the start of the assembly.

Precisely in relation to the possibility of conferring proxy by email, the Court of Rome, with sentence no. 78 of January 2021 was able to affirm that ” pursuant to the new art. 67, 1 ° cpc, disp. Att. Cc” each condominium can attend the meeting also by means of a representative, with a written proxy. “But nothing says the norm regarding the form of this writing which, therefore, can well be constituted by a simple e-mail “(Court of Rome January 4, 2021 n. 78).

The delegation and participation in the online assembly

No difference is made regarding the form of the proxy when the condominium meeting takes place remotely, i.e. on an electronic platform.

In this regard, clearly, it should be noted that the chairman of the assembly will need to verify the existence of the written proxy.

A good rule of thumb would therefore recommend providing this document to the administrator before the meeting, but nothing prevents this from being done even at the beginning of the meeting.

In this case, obviously, the delegate will have to send the proxy electronically , to allow verification of its regularity.

It is good to remember that the chairman of the meeting, having the power to manage and control the meeting, has the right to exclude a delegate in relation to that delegation that does not comply with the provisions of the law or the regulations.