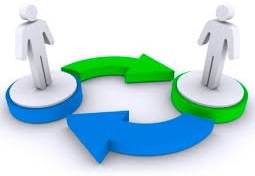 Is the condominium assembly valid even if the administrator does not participate personally?

The Tribunal of Parma, by a judgment of 23 February 2017, has ruled that the condominium assembly is validly constituted even if the administrator does not participate personally but appoints, even without the prior approval of the assembly, a substitute. In that case, in fact, the administrator replies, pursuant to art. 1717 c.c., of the substitute’s work.

The decision in the comment proceeds from the appeal proposed by a condom against the deliberation.

The irregular constitution of the assembly was contested, among other things, because of the lack of personal involvement of the administrator, which was replaced by his father by a special written delegation, who had also served as a secretary.

The Court of First Instance dismissed the censure raised by the condom, finding it unfounded.

The Emilian judge points out, first of all, that the administration of a condominium constitutes an office of private law comparable to the mandate with representation.

Therefore, the terms of the mandate are applicable in relations between the administrator and each of the condominiums.

According to the Cassation, “The mandate, though characterized by the element of trust, is not necessarily based on the person’s intuition, so that the mandate may use a substitute, unless the ban is expressly established, or traits of activities falling within the limits of an assignment entrusted to person; it follows that the administrator of a condominium to qualify as a lawyer can well, in the absence of any other manifestation in the appointment act, delegate his duties to a third party, where appropriate also with the attribution of procedural representation, be conferred together with the substantial representation “(Cass. Civ. July 22, 1999, No. 7888).

If the administrator then substitutes others for himself in the performance of such activity, without being authorized by the assembly and without being necessary for the nature of the assignment, replies to the substitute’s work pursuant to art 1717, first paragraph, c.c. without noting that the replacement is in accordance with a practice known to condominiers, which in itself does not express the will of the condominium (Cass. Civ. 9 April 2014, 8339).

Hence the findings of the Tribunale di Parma. The fact that the director has delegated his duties to his father does not affect the valid constitution of the assembly and the legitimacy of the deliberations made.

Equally irrelevant, in the absence of an explicit prohibition in the condominium regulation, the fact that the delegate during the meeting has served as verbalizing secretary must be considered.

Moreover, the appointment of the President and the Secretary of the Condominium Assembly is not prescribed by any norms of invalidity, as the majority required by law is sufficient for the validity of resolutions.

Therefore, the failure to appoint a chairman and a secretary or any irregularities related to it does not involve invalidity of shareholders’ resolutions.