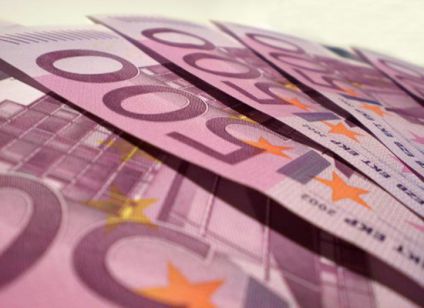 The imposition of sanctions for infringements of the condominium regulation.

The reform legislature has now made available to the administrator a useful coercive instrument in order to obtain condominium compliance with the rules of the condominium regulation.

Article. 70 disp. att. c.c. Now provides for the possibility for the assembly to “pay a fine of up to 200 euros and, in case of recidivism, up to 800 euros” for those who violate the precepts of the regulation.

Another novelty is the adjustment of the amount to be paid: not more anacronistic euros 0.052 (the old hundred lire), but a variable amount up to euro 200 can be lifted up to 800 euros in case of recurrence.

These amounts are not subject to any derogation, since it is also valid for the current art. 70 disp. att. c. c. As already stated by the Supreme Court, according to which the imposition of a greater sanction than the one provided for by law is null and void (Cass. Civ. n. 10329/2008, Cass. Civ. 948/1995).

Who can deliver the sanction? (Paragraph amended by Legislative Decree 145/2013).

The D.L. 145/2013, art. 1, it came to affect the art. 70 disp. att. cc Stating that “The imposition of the sanction is deliberated by the assembly with the majorities referred to in the second paragraph of Article 1136 of the c. c. (The resolutions approved with a number of votes representing the majority of the interveners and at least half the value of the building are valid) “.

The new standard therefore overturns the previous jurisprudential orientation for which the person giving the penalty to the administrator, even without the necessity of a prior resolution of the assembly (Cass. Civ. n. 14735/2006).

Now the assembly, with a number of votes representing the majority of the interveners and at least half the value of the building (Article 1136, paragraph II, cc), will decide on the delivery of the sanction and hence also To its amount, within the above mentioned limits of Euro 200 and Euro 800 in case of recidivism.

The same ratio will also apply for the provision of further and more penalty in case of recurrence.

It is controversial whether the lawyer refers to a general recidivism – that is, any other and different type of violation of the regulation constitutes “recidivism” – or whether it refers to the “specific” recurrence and that it is the same repeated infringement .

The recipient of the sanction: condemn or even the conductor?

No problem in identifying the recipient when the condom is to become active in breaking the policy.

Instead, the problem becomes more complex where the activity is hurting the host.

It is believed that the conductor does not necessarily have knowledge of the regulation, as nothing binds him to the condominium. It follows that the sanction must still be paid against the condominium-owner, who will then be able to reward himself.

This approach is also found in the judgments of the Supreme Court which ruled that “Art. 70 disp. att. c.c., … has an exceptional rule as it covers a c.d. “Private Penalty” which has the condominiums as its destination. It can not therefore be considered applicable to condominium owners, who, even though they enjoy common parts of the building on a mandatory basis, remain alien to the condominium organization “ (Cass. Civ. 10837/1995).

What remedies for the sanctioned condom?

The condom, which contests the legitimacy of the resignation of the sanction, may avail itself of the remedy provided for by art. 1133 c.c. That is, it can appeal to the Shareholders’ Meeting and, if necessary, appeal within 30 days of the decision to confirm the penalty given by the Administrator.

Clearly, for the administrator, this will be the cure of the probative aspect of the matter, in order to avoid easy controversy. Before giving the penalty, the administrator will make sure that he has evidence (photographic documentation, written statements of witnesses, etc.) that support the alleged violation of the regulation.