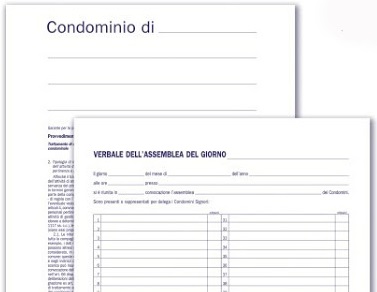 We know well that the condominium body, which has the task and the power to make binding decisions for all owners of the building, is the assembly. For this reason, the civil code regulates the convocation, the carrying out and the juridical value of the decisions.

The assembly, therefore, is not only an opportunity to bring together people who, in everyday life, limit themselves to a fleeting greeting, but it is also the most solemn and decisive form with which condominium activity is carried out.

It goes without saying, therefore, how important it is that the votes of this body are brought to the attention of all the owners, including those who, since absent, not only have to tolerate the decisions taken by the majority, but also know them in order to be able to apply them.

Therefore, in this article, we want to talk about how relevant the transmission of what happened in the condominium meeting, but above all the consequences of the failure to communicate the minutes. In particular, is the meeting invalid in this case?

This is the topic, among others, taken into consideration in a judicial case subject to a recent decision of the Court of Appeal of Catania, which gave an answer to the question just mentioned. Therefore, let’s see together what happened according to the Etnean judges.

Failure to communicate the report: the case

The condominium dispute, addressed by the Court of Appeal of Catania with sentence no. 411 of February 17, 2020, derives from a first instance proceeding in which an injunction issued against a defaulting condominium was opposed.

The latter, as was his right, had in fact contested the injunction received by supporting various arguments.

In particular, in one of them he claimed that he had never received the minutes of the condominium assembly from which the quotas referred to him had sprung and never paid. For this reason, he considered the report to be flawed and, consequently, asked for the revocation of the opposite injunction.

The Court of Catania, involved in the first instance, rejected the opposition promoted and just briefly described, therefore granting the condition to the condominium to propose the appeal under consideration.

At this meeting, the appellant confirmed his critical position, already expressed at first instance, insisting, therefore, in having to acknowledge the defect of the deliberate assembly because never notified to him.

The Catania Court of Appeal, however, did not consider the aforementioned complaint by the condominium worthy of acceptance, condemning him, therefore, to pay the costs of the proceedings, as an inevitable consequence of the rejection of the application. Therefore, the reasons for this decision remain to be understood, but not before having examined the topic in general.

The communication of the meeting minutes

Examining the civil code and, to be exact, art. 1137 which regulates the appeal of the shareholders’ resolution, the content of the minutes or, better said, the decisions taken by the body in question are obviously considered known by those who had appeared.

From this point of view, it does not matter whether or not those present were consenting to the vote or whether they simply abstained: those who were there can certainly not claim that they did not know what was decided by the condominium assembly.

Obviously, it is necessary to make a completely different speech for the absent (and among these cannot be counted those who were present by proxy). In this case, in fact, it is clear that the owners who did not participate in any way in the meeting must be formally informed of what has been resolved.

This is a logical consequence also in relation to their natural right to challenge the deliberate, should this ever be vitiated for any reason.

However, it is important to establish this principle: the eventual omission of the director, who, even for a simple distraction, does not send the minutes to those absent from the meeting, cannot entail any nullity of the same.

This is a conclusion fully shared by the Court of Appeal of Catania examined here, for the following reasons.

Failure to communicate the minutes: the meeting is not invalid

The Etna magistrates explicitly ruled out that the appeal could be accepted due to the alleged invalidity of the meeting minutes under discussion following the failure to communicate the same to the appellant appellant.

Indeed, the latter complained that the Court of First Instance had not considered such a defect in revoking the contested injunction. A motivation totally rejected for this reason.

The Court affirmed that << the failure to communicate the deliberate meeting to the absent condominium does not constitute a defect in the resolution, but has the sole effect of missing the expiry of the term to proceed with the appeal of the resolution itself for the defects of the same; in other words, the resolution is not illegitimate because it is not communicated to the absent condominium, but the latter can challenge it within thirty days from the knowledge of the same and in the absence of proof of the date of such communication, it will not be possible to declare the lapse of the right to appeal. the condominium resolutions by the same >>.

The judges therefore confirm the assumption that failure to communicate the minutes of the meeting does not cause any defect in the resolution contained therein; of course, the lack of information can be an indication of distracted and irregular administrative management, but certainly the omission in question does not affect the validity of a condominium meeting, regularly held.