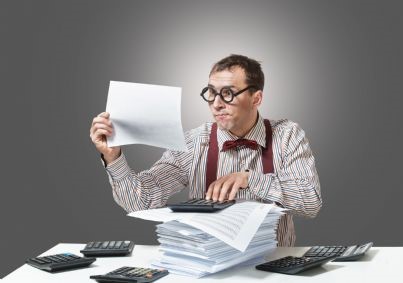 Of Marina Crisafi – Can say goodbye to their remuneration the messy administrator.

The absence of a register of condominium accounting, with the consequential inability to reconstruct income and expenses, poses difficulties to defend his case in court for the purpose of the amount of compensation.

So it decided the Supreme Court (in judgment no. 3892/2017, attached below), rejected the appeal of a director who had dragged a condominium in court to hear him condemn the payment of their fees.

The Court of Appeal, in the reform of the decision at first instance, as evidenced by the CTU performed was found to “the lack of an accounting journal that had recorded chronologically transactions involving the condo, allowing for a timely verification of supporting documents, so as not it was possible to reconstruct the evolution of output and payments made, as resulting from the administrator, among whose duties fell to correct bookkeeping “.

The territorial court therefore concluded that the lack of proof of payment of the remuneration of the administrator, from the lack of a regular bookkeeping, due to the latter, could not undermine the reasons for the condo.

Hence the use of the administrator before the Palazzaccio.

But for the Supreme Court, the appellate court is right: the quality assessment on the failure to meet the test of credit relating to the compensation claimed is logically argued and unquestionable when legitimacy.

Not only is it clearly established the lack of a regular, observed from Piazza Cavour accounting, “which would record chronologically the operations pertaining to the life of the building and therefore would allow the verification of the documents and thus the justification of revenue and expenditure of the condominium management entity – but also it does not appear ever to have been adopted – in the years in dispute, the resolution approving the administrator’s statement by the assembly of condos ex art. 1130 cc “.

The accounts presented by the administrator of the condominium, then remind the SC, although it must not be drawn up with strict forms, must – at least – “be likely to make it intelligible to condominiums items of income and output, with its allocation quotas, namely as to provide evidence, through the corresponding supporting documents and causal entity of the disbursements made, and all the factual information needed to identify and explore ways in which the task was carried out, and to determine whether the work of those who make the bill is aligned to the criteria of good administration. “

So, in the absence of this requirement, the credit can not be considered proven administrator.