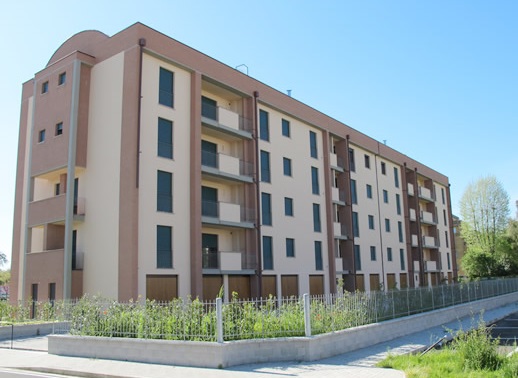 The overall buildings policy has certain characteristics that make it unique, so it is useful to provide some information to the readers.

Subject: The global policy is essentially an insurance to cover the liability, that guarantees the insured from damage claims that could advance injured third parties; this means that “covers” the damage that occurred to the things insured, but economically protect the latter from any third party claims.

The characteristic element of the global policy is that, despite being done at communal level, it guarantees on all parts of the building, including private ones, for which the administrator acts in a dual capacity as representative of the condominiums collectively (as regards the damage that could causing the common parts to third parties and condominiums) but also a representative of the owners individually (for damage caused by their unique properties, such as broken balconies, private pipes etc.). It ‘just this fact that gives rise to misunderstandings and confusion reasons when it is necessary to proceed through the courts, since the condo, despite being the entity insured, can not be responsible for the fact harmful and therefore not entitled passively if the parties to building that have caused the event are no service but private.

“Covered” Facts: the policy intervenes only for “accidental breakage”. That period is interpreted by insurance strictly to limit the compensation; in fact, the term “accidental event” does not mean that “not culpable” since, if that were not even there would be liability of the tortfeasor, as it is fortuitous that, as “accidental damage” shall mean every fact, not intentional or accidental, due to the responsibility of one or more condominiums.

Damage by infiltration: The global policies normally only cover the damage caused by water pipeline (pipe), while not covering (normally by contract) from infiltration from failures common parts (roof facades etc.); the reason for this exclusion is evident; insurers want to avoid that the condos omit the relevant entities work since, however, covered by insurance. It ‘important to remember that the policies, covering only the accidental breakage, usually tend to oppose resistances when the rupture of the pipe has occurred due to age.

The “Troubleshooting”: Troubleshooting is an accessory clause to the policy for the civil responsibility; It intervenes to cover the expenses required for the cause of leaks and consequent restoration of tampered locations. As anticipated, it is a collateral civil liability, why not intervene in the absence of compensable damage; Paradoxically, therefore, in the event of a pipe break, the condominium or the individual must hope to have caused damage to someone in order to receive compensation on the search and recovery work.

Terms for the request: It ‘good to remember that, in case of accident, is required by law to carry insurance claim report within three days of discovery of the fact. This charge, which usually hangs on the administrator, may be required of the individual which, when it receives a request for damages, must immediately give notice to the administrator in order to proceed with the complaint.

Compensation mode: Usually, in cases of intervention, there is a deductible, so the insurance, appraised the damage, subtract a sum in compensation as a percentage (or forfettizzata); Furthermore, vigendo the proportional criterion, it detects the total sum insured for which, if the building is insured for a total of a sum less than its real value, the compensation will undergo a proportional decrease.

The amounts not covered by the policy are due to the damaged directly by damaging (occupant if the damage originated by private condominium if by common part).

Access to documents: since every individual blocks (despite represented in signing the policy administrator) contract holder, the same has the right to access documents that see him involved (receipts surveys etc.) That, in case of refusal by the insurer, you can expect to be given a copy of the request.

Receipt: prior to compensation payment or compensation, the insurer, is to subscribe to the damaged or insured, a renunciation of all other claims; in the policy hypothesis manufactured, which again covers the damaging requests from third parties, the receipt is signed by the administrator that, with such subscription, renunciation to require other amounts insurance. The administrator, representing third parties, must be especially careful before signing the receipt, especially when acting on behalf of an individual blocks responsible for the damage. The latter, in fact, should receive an ‘additional request for compensation by the injured not completely satisfied by insurance, could claim damages administrator who has accepted a lesser sum, renouncing any claim.