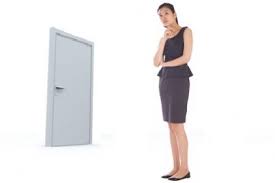 You can open doors on the condominium common areas?

The answer to the question is to be found in the Civil Code, which, in Article 1102, stipulates that each participant in the condo can use the common thing, even at his own expense by making the changes that are necessary for the better enjoyment of the thing.

The important thing is that he does not change the destination of the common thing and not prevent any other apartment buildings also make use according to their law.

This means that even independently of a resolution and with the consent of the other participants in the condo, each owner can draw from the common things all the utility possible, with the limit for maintaining the target of the common thing and respect the rights of others.

It must also remember that it is never possible to change the common things in such a way as to affect the stability, security and the architectural decoration of the building, or to make the same in whole or in part useless to the enjoyment of just one condominium.

That said, it is clear that, to that extent, the individual participant to communion can freely decide to open a door on the common spaces. And that conclusion is also confirmed in case law.

For example, with the number 8830 judgment of 3 June 2003, the Supreme Court considered legitimate the opening of a door on the common walls made with the aim of connecting private building unit with garage.

Still, with the pronunciation number 4314 of 26 March 2002, the judges of legitimacy, recalling that in condominiums exclusive owners of individual units can use the common walls, in the parts corresponding to them, provided that the exercise of this right does not undermine the stability and the architectural decoration of the building, considered legitimate the opening of an executed by a condominium door in the communal wall: from it, in fact, no substantial change of the stock of tangible nor was derived was originated a target of change ‘town hall.

Own (and only) the creation of an aesthetically unpleasant results, however, has caused it to be regarded as unlawful the implementation of several port holes on the facades of a building placed under review by the Supreme Court and decided by judgment number 14607 of 22 August 2012: the alteration of the symmetry of the pre-existing holes, in fact, had caused clearly jeopardize the condominium building’s architectural décor.

In the first it was stated that “in application of the principle that, in terms of communion, each co-owner has the right to draw from the common good utility greater and more intense than is necessary in practice by the other co-owners, provided that it is its destination altered or compromised the right to equal use – and without that greater use would intrude in the exercise of a real servitù- must be considered that the opening of a door of service also aims to walls to connect the unit real estate in the exclusive ownership of a condominium with a common good (in case the stairwell) is fully lawful, returning this intervention still within the concept of use (even more intense) of the common good, and not requiring, for the ‘effect, any shareholders’ approval of the owners. “

In the second, however, it was stated that “the construction of a port on the town landing, to allow easier entry into its housing unit, even causes a change in the external appearance of the building, does not affect the normal sense in amending destination the gallery or passageway -which itself is typically one of disengagement, space suitable for allowing the stop and rest as well as to allow free passage to facing local – nor even bear an actual injury to jus landowners of the condos on the wall and to the right to also make use of the same “.