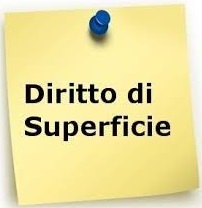 Rights and duties of the surface in condominium dynamics.

Article. 952 of the Civil Code states that “the owner can establish the right to build and maintain a building in favor of others above the ground, who buys the property.

It can also alienate the property of the already existing building, separately from the ownership of the land “.

This is c.d. surface right, which represents an exception to the principle of access to the ground of any construction existing under or above the bottom, so that the property right on the bottom of the original owner-grantor and the real right of the surface coexist with the same asset , which has the right to build on the ground or underground by acquiring ownership of the building, with the possibility of transferring it separately from the property of the land.

In condominium, the most frequent application of this institute is foreseen in the case of condominium buildings built on the land owned by the municipality, under a conventioned building regime.

Specifically we refer, mainly, to the works created under specific agreements perfected pursuant to Law 865/1971, c.d.

These urban conventions, stipulated between the builder and the Municipality, regulate a series of aspects relating to the building intervention, such as, for example, the assignment of building areas on communal land, the reduction of the concession fee, the obligation to urbanize the area of ​​reference and to build the dwellings, as well as the restrictions for the circulation of the same dwellings.

It should be noted that, in general, the properties under the concession building scheme, in addition to having restrictions and limits to the negotiability, are assigned to the “superficial owner”, with term enjoyment, usually ninety-nine years.

After this deadline the property will become the property of the Municipality, which can also provide the possibility for the surface to redeem land ownership, upon payment of a fee indicated in a specific resolution of the council.

Certainly the right of superficial property, which is attributable to the common scheme of property rights, is to be considered as a right distinct from the original surface right on which it depends.

In this regard, it should be noted that “the superficial ownership of the apartment, leaving the property right on the land belonging to the municipality, does not in any way imply a decrease in free use, given that its content is identical to that which would have been guaranteed had it been full ownership acquired “(Trib. Taranto, section II, sentence 09/09/2013 n ° 1686).

This is because the right to maintain a building on the soil of others implies a right in the alien realm, which corresponds to a limitation of the powers of the owner of the land.

Which is why the condominiums, who are not the owners of the municipal land, can enjoy and dispose of their properties fully and exclusively, only for the set time, within which they will behave as full owners, being able to dispose of their right in favor of third parties, with the right, in turn, to place additional limitations not contained in the deed of constitution of the original surface right.

On the other hand the Comune-dominus soli, which formed the right to build in the condominium building and therefore of the condominiums, will have its property right physically limited to the ground and subsoil and will be required to allow and tolerate the construction of others , refraining from any action aimed at damaging or limiting the right of the “surface owner”.

That said, as regards the payment of condominium contributions, one wonders who competes and how the costs are divided in the case of building rights in a condominium.

As a preliminary point, it should be noted that the civil code, which specifically regulated the division of expenses between the bare owner and usufructuary, has not provided for any regulation for the allocation of expenses in the case of surface rights, perhaps due to the nature of the surface right itself that “it can be perpetual and attributes to the surface faculty full and stable dominical faculties” (Cass. n. 23593 of 17.10.2013).

The surface, in fact, is a full and absolute owner of the property located on the surface, to the point that it can alienate it, impose on you real rights of enjoyment or guarantee, make internal or external changes, such as to make its use or use more functional. enjoyment, and may even demolish it to rebuild it, unless it is excluded from the title.

The full dominical power of the surface excludes the necessity of having to provide for the participation of the dominus alone in the expenses inherent to the surface property, since the Municipality is not the owner of the building, but only of the land on which it insists.

Corollary for which the “condominium superficiario”, as a rule, the rules of the ordinary condominium apply, except for some of them, such as for example the art. 1128 paragraph 1 of the Civil Code, which in the event of the building’s loss provides for the possibility of the condominiums to request the sale of the land by auction, or the art. 1119 of the Civil Code, which allows the contracting division of the land or part of it.

In light of what has been shown so far it can be said that all the condominium expenses that, ordinary and extraordinary, pertaining to the surface condominium are the exclusive responsibility of the superficial condominiums, in accordance with the title with which the will to constitute the right in question was expressed. according to the ordinary rules of the condominium civil code.