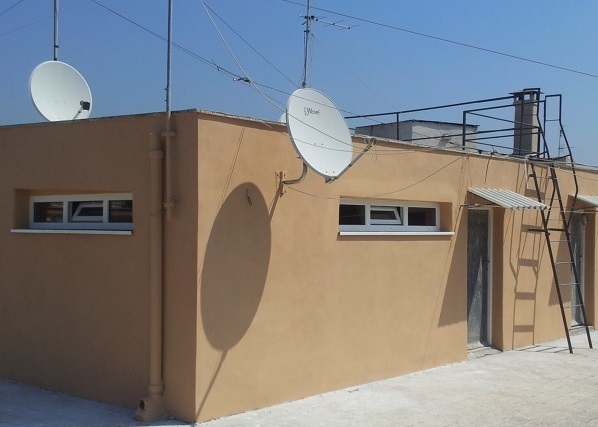 Which criterion of allocation of expenses is used for the subdivision between the condominiums of the costs inherent to the maintenance interventions of the tower of the cage stairs?

A general answer can be given to the question, ie provide a solution looking at the law and jurisprudence and as many specific answers as there are cases in relation to which the community of condominiums has chosen a specific allocation criterion (within a contractual condominium regulation).

Below we will deal with the general solution and in doing so we will deepen the notion of the cage of the staircase cage and its classification within a category of common goods for the purpose of identifying the criterion for subdividing the applicable expenses.

Torrino of the stairs cage, what is it?

First of all we wondered if the tower of the stair cage represents a technical volume.

Recall that for technical volume are considered those premises without any functional autonomy even potential, if not to host the technological systems placed at the service of the building (eg T.A.R. Campania No. 3490/2015).

With respect to the towers of the staircage, the Council of State has ruled out its nature as a technical volume.

In a ruling made in March 2014, the judges of Palazzo Spada stated that «the scale tower does not constitute a ” technical volume (not computable in the volume of the building if it is intended for installation and access to technological systems necessary for housing needs), but the container of a “stairwell aimed at allowing access from an apartment to a viable terrace”» (CdS March 31, 2014 No. 1512).

In excluding the staircase torrino, the Council of State also tells us how to define it: a stairwell container that allows access to a viable terrace.

More precisely, as commonly understood, the tower of the stairs is the terminal part of the stairwell, that is, that passage passage from which, once the stairwell is finished, the roof terrace of the building is accessed.

Torrent of the stairs and solar roof cage

Given this shareable definition of the cage of the staircase cage, in the condominium area we wondered if the same should be considered an integral part of the solar pavement, or a compartment that, although incidentally fits into that structure, should be considered completely self.

In this regard, the Supreme Court of Cassation, as I stated in an article a few years ago, except that the tower of the cage stairs could be considered an integral part of the solar pavement.

It was 2013 and the stoats were able to state that “it must be excluded that in the notion of solar pavement can be included the towers of the cage stairs and the local elevator with the relevant coverage, which are certainly condominium assets: they are distinct and autonomous raised buildings compared to the roofing plan of the building “(Cassation December 13, 2013, No. 27942).

Torrino of the cage stairs and condominium stairs

If the turret is not part of the paving and therefore not subject to the discipline of the allocation of expenses for this structure (thousandths of ownership in cases of property and common use, Article 1126 of the Civil Code in the case of use and / or exclusive property), such as criteria must be applied when it is necessary to perform maintenance operations of this structure?

It has been said that the function of the stair tower is to allow the passage from the stairwell to a practicable terrace.

The tower of the staircases is therefore an instrumental and functional element for the use of the stairs themselves, representing their crowning for the indicated purposes.

When the jurisprudence was asked to provide a solution regarding the evaluation of the walls of the stairwell (those that delimit the so-called stairwell) said that the same should be considered integral parts of the stairs (Cassation 7 May 1997, n 3968); of consequences to the maintenance works of these elements the art. 1124 of the civil code.

A similar conclusion, for the considerations made up to now, should be given in relation to the tower of the stair cage.

The expenses for maintenance work on this part of the building, therefore, except for different agreements between all the condominiums must be divided between them in accordance with the provisions of art. 1124 c.c. and that is: