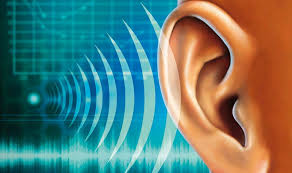 Neighbors must be careful of the noises they produce if they do not want to be called to respond civilly or criminally.

by Valeria Zeppilli – Relations between condominiums are often characterized by tensions and quarrels that occur for the most disparate reasons, often only for personal reasons.

But not always: in condominium, in fact, there is a series of prohibitions that must be respected, under penalty of compensation for damages or even the risk of being subjected to a criminal conviction.

Among these the main concerns the noise, which are in first place among the reasons for contrast between neighbors and to which, therefore, we must take appropriate precautions.

Civil protection against noise in a condominium

Despite the delicacy of the problem, the civil code deals with the problem with a single and generic rule, which has left ample space for interpretation over the years: article 844.

In it, in the first paragraph, we read that “the owner of a fund can not prevent … the noises … arising from the bottom of the neighbor, if they do not exceed normal tolerability, also with regard to the condition of the places”; the second paragraph states that “in applying this rule the judicial authority must balance the needs of production with the reasons for ownership.

It can take into account the priority of a particular use “.

In other words, to understand whether a noise is lawful or forbidden it is necessary to refer to its intensity, taking into account both the concrete conditions in which it is produced, and any production needs (in the latter case, the noise eventually caused from a commercial activity). The conclusion, therefore, varies according to both the source of noise and the space-time context in which it is expressed.

The criterion of normal tolerability, in short, is not anchored to objective parameters but depends entirely on the characteristics of the concrete case, such as, for example, the duration of the noise, the time it is produced, its repetition over time, from the place where the condominium apartment is located, which is suffering from it and so on.

It should however be considered that condominium regulations often try to fix stakes, for example by identifying time slots in which it is forbidden to perform some noisy activities such as cleaning, playing, listening to music.

The general absence of objective parameters to determine the tolerability of a sound input is also reflected on the means of proof that can be used to verify the violation of article 844 of the civil code and, in this regard, it is worth mentioning the sentence number 551/2015 of the Court of Appeal of Florence, where it is stated that “on the subject of immissions, the means of proof that can be used to ascertain the level of normal tolerability envisaged by Article 844 of the civil code do not necessarily have to be technical in nature in particular the observance of the limits prescribed by special laws (in particular Law n. 477 of 1995 on so-called noise pollution) whose purpose is to guarantee the protection of collective interests and not to regulate neighborhood relations.

Therefore, testimonial evidence is fully admissible when the latter, having as its object facts fallen under the direct sensory perception of the members, can not be considered an expression of evaluative judgments (as such forbidden to the texts) “.

In the same sentence it was also specified that “if it is true that normal tolerability can not be understood as an absolute absence of noise, since the fact that a noise is perceived does not mean that it is only intolerable for this reason (Cass. section 2 ^, 11 February 2011 No. 3440), it is equally true that noises continue until late at night and sometimes until early morning, in an otherwise silent context, as normally happens after a certain time (at least to make time from 11 pm …) assume a greater and particular relevance and are characterized by a marked intolerability, affecting the fundamental good of the individual, which is the right to rest “.

Noises in condominium in the penal code

Without these necessary premises, let us now reflect on a series of noises that have led to the sentence, depending on the criminal and / or civil cases of the manager, according to the criteria just analyzed.

First of all, there is bad news for housewives who are used to taking advantage of the early hours of the morning to do household chores: the Court of Cassation, with the sentence number 48315/2016, has sentenced a Neapolitan woman for the crime article 659 of the penal code for its habit of starting the cleaning already at six in the morning, however accompanying their activities listening to loud music or, often, “taking advantage” to discuss with her daughter.

The sentence can also be triggered by those who listen to the television to a disproportionate volume, as stated in sentence number 28670/2017 of the Court of Cassation, which confirmed the conviction of a man after he was found as coming from his apartment “a loud noise caused by the audio of the television, so high that the words pronounced in the TV program were clearly distinguished from the street”.

Noises coming from the stereo

In the same way, that coming from the stereo must be qualified as a prohibited noise, if it is intolerable and disturbs the tranquility and rest of the other condominiums.

In this regard, an interesting clarification is appropriate, given that the practice of listening to loud music is typical of adolescents: the noise of the child’s stereo in the criminal court are called to answer the parents, given the “position of guarantee given from the exercise of parental authority over the minor son, author, as mentioned above, of noisy propagations “(see Cass. n. 53102/2016).

The animals in the condominium

Another reason for frequent conflict between neighbors is that deriving from the bark of dogs adopted by some condominiums and the issue is not at all simple to solve.

On the one hand, in fact, the judges have recognized that the dog has the right to bark, on the other side excessive noise and violating the rules analyzed in premise caused by the conduct of the owner, who, for example, leaves the dog only for too much time or do not care enough, they can be a source of both civil and criminal responsibility.

Indeed, if dogs are left in the garden to bark freely and in precarious hygiene conditions, the preventive seizure of the animals has been considered admissible to keep the neighbors harmless from disturbing and unpleasant odors.

Noises from the premises

Finally, there is the noise coming from the pubs, pizzerias and other venues that may arise in the rooms on the ground floor of the building.

Even in these cases the owners are subject to the risk of violating the law if they do not have adequate consideration of the noises that come from their activities.

We refer not so much to those of machinery, which often in such cases are quite silent, but to those that derive from the cackles of customers who entertain themselves outside the room to smoke or to make some talk before taking leave.

If the owner does not do everything in his power to avoid the noise, putting the appropriate signs and checking the behavior of their patrons, the conviction for him is around the corner.