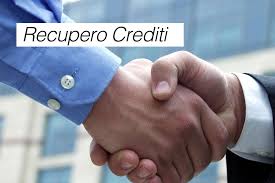 Building manager, obligation to credit recovery and lack of funds.

The current art. 1129, ninth paragraph, of the Civil Code specifies that “the administrator is obliged to take action for recovery of sums payable by forced obliged within six months from the end of the year in which the due credit is included, also under Article 63, first paragraph, the provisions for the ‘implementation of this code”.

Legal action must be initiated within six months starting from the end of the year in which the due credit, that is expired, it is included.

This means that you do not need to have been approved the closed year management report, being sufficient the time limit of six months from the end of the year.

Further proof of this interpretation lies in the mode of action: the ninth paragraph of the article in question, in fact, specifies that the action may be brought under Article. 63 disp. att. cc (Which regulates the so-called injunction condominium) and not on the basis of strength to it.

In other words: if you have not approved the statements you can still take action to recover the amount due.

Clearly it will be less effective action, but still of legal action.

Mind you: if you act with ordinary summons and not an action for summary judgment, the action must be preceded by a mandatory settlement in accordance with articles. 71-quater disp. att. cc and 5, paragraph 1-bis of Legislative Decree n. 28/2010.

Start a dispute for the recovery of the debt has a cost: if cash available of the sums does not pose any problems and if instead there is money?

In such cases, assuming that the administrator has no obligation to anticipation of service charges, the options are as follows:

a) specific call for funds to condominiums with the specification that in the absence of payment will not be possible to take action against defaulters condos;

b) personal anticipation (it is not uncommon especially in anticipation of modest value such disputes is also made by the legal);

c) the creation in the budget of an ad hoc voice that go to make up the share to be paid.

The administrator can not be held responsible for delays in the exercise of the action for recovery of credit in art. 1129, ninth paragraph, of the Civil Code if he proves that he had done everything possible to recover the sums necessary to start the action it.