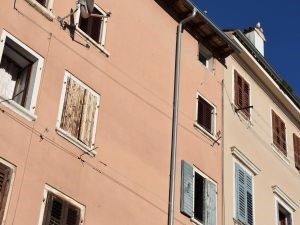 Opening in the perimeter wall of the condominium: is it possible?

Opening in the perimeter wall of the condominium: is it possible?

To legitimately open a passage in the main wall, certain assumptions must be respected.

The perimeter wall of the condominium, also defined as master , contributes to the stability and safety of the building. Furthermore, together with all the other architectural elements that characterize the building, it affects its decoration.

Because of these prerogatives, it is debated whether any modification of the perimeter wall of a condominium, for example by opening a passage by a private individual, can take place without any authorization from the assembly and without respecting the characteristics described above.

The recent sentence of the Court of Appeal of Palermo n. 1170 of 6 July 2022 . In particular, in this dispute, a building in Marsala and the owner of a shop on the ground floor clashed.

The latter, in fact, had connected his property to a common area making space in the main wall of the building. It was an initiative that was not digested by the condominium. Hence, the dispute in comment.

In any case, it is appropriate to investigate the concrete case before addressing the legal merit of the matter.

Opening in the perimeter wall of the condominium: is it possible? The concrete case.

In a Sicilian building, the owner of a business needed to connect a condominium space, used as a warehouse, with his own shop.

For this purpose, he made an opening in the perimeter wall, complete with a shutter to close it.

It should be noted, however, that this work was carried out without asking for any authorization to the building. For the assembly, therefore, it was a completely illegitimate activity. The immediate restoration of the aforementioned wall to the status quo ante was therefore requested. The owner in question, as it is easy to guess, did not provide any positive feedback to this claim.

The dispute, therefore, moved before the competent Court of Marsala. This office was entrusted with the task of assessing the legitimacy of the contested work. Well, the outcome for the shop owner was negative.

In fact, according to the first instance magistrate, the disputed use of the common thing was not admissible.

For this reason, with a sentence of 2019, the defendant was ordered to restore the condominium wall.

The dispute was, therefore, entrusted to the resolving power of the subsequent Court of Appeal of Palermo.The owner of the shop, in fact, insisted on the full legitimacy of what had been accomplished and hoped for a different outcome of the dispute.

In fact, the Palermo Court accepted the appeal and sentenced the appealed condominium to pay the court costs, in compliance with the natural principle of unsuccessfulness.

Use of the common thing: what does the civil code say?

In condominium matters, it is now undisputed in jurisprudence that the use of the common thing must be regulated by a very specific provision. It is about art. 1102 cc according to which each co -owner can use the property in communion also possibly making changes.

In the latter case, the initiative would be justified by obtaining the best enjoyment of the thing « Each participant can use the common thing, provided that it does not alter its destination and does not prevent the other participants from making use of it in the same way according to their right.

To this end, he can make the modifications necessary for the best enjoyment of the thing at his own expense ».

Therefore, it seems quite clear that the law does not contemplate any prior and / or subsequent assembly authorization to carry out a work, such as the one under discussion. The opening of a gap in the perimeter wall of the building, as confirmed by the Court of Appeal of Palermo, does not have to be ratified by the council.

Instead, it is necessary to verify the recurrence of other conditions to validate the initiative of the occupant on duty. The right to use the common thing must in fact respect certain limits, since it is not sufficient, in fact, that the work has not altered the destination of the asset.

Opening in the perimeter wall of the condominium: what prerequisites?

authorization of the assembly is not necessary to make changes to the common thing . It is, in fact, an absolutely regular initiative and falling within the faculties of each condominium / co-owner in accordance with the law (Article 1102 of the Civil Code).

For these reasons, the Sicilian office legitimizes the opening of a passage in the perimeter wall of a building by a private individual ” the principle of co-ownership of the entire common perimeter wall of a building legitimizes the individual condominium to bring to it (also if the master wall) all the modifications that allow him to draw, from the good in communion, a peculiar additional utility compared to that enjoyed by the other condominiums (and, therefore, to proceed also to the opening, in the wall, of an access passage to premises of its exclusive property) “.

However, it is necessary that the passage does not alter the destination of the wall (which should be excluded), but also that it does not compromise the stability and decorum of the building ” on condition that the other condominiums are not prevented from continuing to exercise their use. of the wall and not to alter its normal use and provided that such modifications do not affect the stability and architectural decoration of the building (see Cass. n.4437/2017, 16097/2003) “.

In the case in question, through CTU, it was established that the passage did not undermine the stability of the building and the decorum issue was not even taken into consideration. For all these reasons, the work was judged legitimate and the appeal was upheld.