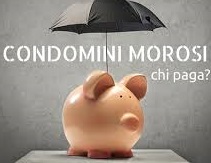 Debit fund or cash fund for urgent and exceptional situations? The thought of the Cassation.

When is it lawful to create a cash fund to avoid or limit the prejudices caused by the arrears of condominiums?

The arrears of only one of the participants in the condominium is sufficient to put the ordinary management in difficulty.

If the arrears extend to several cases, the difficulty becomes serious until it turns into a real critical situation.

Those who know the condominium subject well, know that one of the ways that administrators often use to favor the normal provision of common services is to delay the payment of their skills.

In short, get in line to avoid suspension of services.

At the same time, credit recovery actions are activated and thus an attempt is made to rebalance the situation. However, it may not always be enough.

To avoid prejudices that this modus operandi can only delay, what are the powers of the assembly?

In this regard, the thought goes to the so-called morosi fund: a cash fund created ad hoc by virtuous condominiums to cope with the normal management of the condominium.

Fondo morosi, the position of the jurisprudence

If one or more condominiums are defaulters and there is the possibility of judicial actions against the condominium caused by the persistent state of arrears of the same, the shareholders’ meeting resolution with which the assembly decides to set up an ad hoc home fund aimed at avoiding serious damage to the team.

This is the principle expressed by the Court of Cassation in various pronouncements pertaining to the assessment of the legitimacy of the resolutions that established the establishment of cash funds aimed at dealing with emergency situations.

Thus, for example, the Supreme College in a ruling of 2014, in accordance with its precedents on the subject, stated “in the hypothesis of an effective, urgent urgency to draw aliunde sums, a shareholders’ meeting resolution may be considered, which tends to make up for the default of the defaulting condominium with the establishment of an ad hoc fund – fund, aimed at avoiding much more serious damage towards all condominiums, exposed by the bond of passive solidarity (Cass. 13631/2001; 3463/1975) “(Cass. 9083 of 18 April 2014).

Mind you: as much as it may seem a purely lexical issue, the fund must be called cash fund, not solidarity fund or arrears fund: the reason lies in the fact that the assembly deliberates to deal with a situation of common urgency, not to alleviate who does not pay.

The solution of the creation of an ad hoc cash fund was addressed and resolved by the jurisprudence always referring to the old codicist discipline and always before the intervention of the United Sections of 2008 (sent. N. 9148) with which it ended the said solidarity in condominium obligations.

Cash fund, arrears fund, solidarity and bias, how to orient yourself?

To what extent, then, can this principle of law be said to be effective even today?

Condominium solidarity with benefit of enforcement of the condominium arrears.

Recite art. 63, second paragraph, disp. att. of the Italian Civil Code: “Creditors cannot act towards the obliged parties in good standing with the payments, except after the enforcement of the other condominiums”.

Basically, before attacking condominiums in good standing with payments, creditors must act against those who do not pay.

Not only that, pursuant to the ninth paragraph of art. 1129 of the Italian Civil Code, the administrator, unless dispensed by the assembly “is obliged to act for the forced collection of the sums due by the obliged within six months from the end of the financial year in which the credit due is included, also pursuant to article 63, first paragraph, of the provisions for the implementation of this code “.

The combined provision of these two rules would seem to conclude in this sense: if the creditor must act against the defaulters and if the administrator cannot negotiate beyond a certain limit to start the action against them, because the condominiums should decide to take action charged, albeit temporarily, with the debts of others?

As often happens in condominium matters, a general answer cannot be provided. We are not talking about the number of condominiums necessary for the mandatory appointment of an administrator. here the objectivity of the data escapes from a generalized cataloging.

Not only that, even aspects of a purely practical nature mean that the same conclusion must be reached: if the electricity operator threatens the suspension of the service and there is no cash to pay for it, also in consideration of the delays of the recovery procedures of the credit correctly initiated by the administrator, probably the need to avoid the prejudice of the “cut of light” represents a just reason for creating a cash fund aimed at dealing with the emergency situation.

What is certain is that neither before nor after the entry into force of the reform, it is possible, without everyone’s consent, to decide on the continued and repeated division of the debts of the defaulting condominiums among the fulfilling ones.