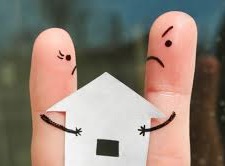 Assembly convening. Here’s how to behave when a property is jointly.

(24/05/2018 Avv. Alessandro Gallucci) If an apartment located in a condominium building belongs to more than one person, to whom should the notice of convocation of the condominium meeting be sent?

Correctly answering the question is of fundamental importance because the omitted summons, as is known, causes the invalidity of the subsequent resolutions and more specifically the annulment (Article 66 of the Civil Code).

The answer is different from the one that was given in the past and therefore compared to the jurisprudence before 2013 – date of entry into force of the reform of the condominium and the new rules – or in any case developed on the basis of the rules applicable until then.

Calling to each co-owner

The sixth paragraph of the art. 1136 c.c. specifies that the assembly can not decide if there is no finding – that the chairman of the meeting itself executes – that all those entitled have been regularly invited to participate.

With regard to the methods for communicating the notice, art. 66 available att. cc specifies that the notice of convocation must be communicated (ie reach) to the addressee at least five days before the date set for the first call and must be sent by:

The rule leaves no room for doubt: each person entitled to participate in the condominium meeting must be notified in the manner prescribed by law.

The judgments (better the only note to the writer) regarding the means of communication of the convocation notice suggest that those indicated by the law represent the only usable (taxability of the forms of convocation, in this sense see, Trib. Genova 23 October 2014 No. 3350).

Does a house belong to more people? Each of them has the right to be the addressee of the convocation notice, at the address indicated to the administrator or in the absence at the residence.

Therefore, nothing forbids the right holders to indicate a single address for all where to send a single notice addressed to each of them.

Let us now look more closely at the most recurrent cases where the omitted formal and substantial submission can create particular problems.

The case of cohabiting spouses

By omitted formal transmission we mean the one referring to situations in which it is presumable that communication to one person is also known by another.

The example is that of the notice of convocation to cohabiting spouses (or in any case to people linked by family ties and cohabiting with one another).

Can the failure to send one of them invalidate the decision-making process, that is, to expose the shareholders’ decisions to the risk of appeal for non-convocation?

The jurisprudence preceding the reform of the condominium had said no, stating that “the validity of the convocation for the meeting of the condominium meeting of one of the joint owners of the plan or portions of a condominium plan can also be inferred from the notice given to another co-owner, if there are presumptive circumstances such as to suggest that the second co-owner has made the first of the convocation made known. (In this case, since they are co-owners of an apartment, cohabiting in full agreement and without any conflict of interests between them, it was presumed that the invitation notified to one of them for the condominium meeting had also been brought to the attention of the other) »(Cassation, February 16, 1996, No. 1206, in Giustali Civico Mass. 1996, 205).

The most recent jurisprudence, it was said, is inclined to consider the means of communication of the mandatory notice.

According to the writer, the law must always be interpreted with rigor, but this does not lead to the conclusion by prevailing unnecessary formalisms. If for years an administrator has always communicated the notice to his wife, can the cohabiting husband contest a report because his name has not appeared on the list of those called up?

The case of the heirs

When a person dies, as long as the inheritance has not been accepted (there are ten years to do so), the notice of convocation can be sent, impersonally, to the heirs at the last address of the de cuius, which is then the place where the succession is opened.

In doing so, all those involved, often unknown to the condominium administrator, can be said to have been warned and, in the opinion of the writer, none of them will be able to contest anything.

The situation was different after the acceptance of the inheritance.

This, once transcribed, makes all the heirs knowable, so because of the publicity of the real estate registers and the obligations of the administrator in the matter of keeping the registry of records, requires the updating of the ownership situation, by sending the notice, personally , to all co-owners.

If acceptance of the inheritance is not communicated, it is up to the administrator, periodically, to verify the execution of this fulfillment.

Finally, as far as participation in the meeting is concerned, it is known that not all co-owners have the right to take part, but only that which they have designated during the assembly of the communion.