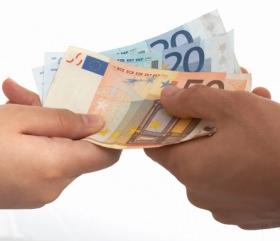 Advances by the administrator without rigorous testing are not due.

Advances by the administrator without rigorous testing are not due.

A simple deficit between income and expenses resulting from the final balance approved by the condominium assembly is not sufficient for this purpose.

The administrator who requests the condominium to repeat the advances made in his favor is required to prove the validity of his request. To this end, however, the production in court of the final balance approved by the assembly showing a simple deficit between income and expenses is insufficient, nor can the signing of the report of delivery of the documentation affixed by the new administrator be used for this purpose.

This was clarified by the Court of Appeal of Naples in the recent sentence no. 4181, published on 11 October 2022 .

In this case, the old administrator had appealed the sentence pronounced by the Court, highlighting that the assembly had approved on several occasions the final accounts prepared by the same and from which the advances made would have resulted, thus ratifying his actions.

The Court of Appeal, however, rejected the encumbrance, highlighting in a preliminary way as the condominium administrator, except for the provisions of Articles 1130 and 1135 of the Civil Code on the subject of urgent works, does not have a general spending power, as it is up to the assembly not only to approve the final account, but also to evaluate the appropriateness of the expenses incurred by them.

The decision of the Naples Court of Appeal.

In order for the director to be able to claim the reimbursement of the advances incurred, a resolution of the shareholders’ meeting is therefore necessary. In fact, although the relationship between the administrator and the condominiums can be framed in the figure of the mandate, the principle referred to in art. 1720 cc – according to which the principal is required to reimburse the expenses advanced by the agent – must be coordinated with the specific rules on condominium matters, according to which, in fact, the administrator’s credit cannot be considered liquid or payable without a prior check by part of the assembly (see: Cass. civ., section II, n. 18084 of 08/20/2014; Cass. civ., section. II, n. 14197 of 06/27/2011).

This shareholders’ meeting resolution must also be specific, thus allowing the director to fulfill the burden of proof incumbent on them. In fact, the resolution by which the assembly proceeds with the approval of the final report is not sufficient, despite having highlighted a deficit between income and expenditure.

Obviously, this circumstance does not allow us to believe that the difference resulting from the final balance has actually been paid by the administrator with his own money, since the recognition of the debt requires an act of volition by the body. collegial in relation to specifically indicated passive items (see Civil Cassation , section II, no. 10153 of 9/05/2011).

In other words, the mere circumstance of a deficit between income and expenses resulting from the final balance approved by the assembly does not in itself prove that the difference is attributable to a payment into the common coffers made by the administrator.

The causes, in fact, could be the most disparate. And, as mentioned, the burden of providing proof of the advances that he claims to have made in favor of the condominium falls on the administrator. This is why it is not enough that the assembly has approved an accounting document, such as the statement, where only the circumstance of a deficit between income and expenditure emerges from it.

On the other hand, the situation would be different if the accounts also show a trace of the movement of money that generated this deficit. In that case there would obviously be no doubt about the person making the payment.

And, if it were a question of the director, the latter would have no difficulty in demonstrating the validity of his request for repayment of the advance thus made, also because in that case the approval of the shareholders’ meeting of the statement indicating the accounting item would have the value a recognition of the debt by the condominium.

Therefore, once again the importance of the correct keeping of the accounts by the administrator is reiterated also in order to protect his business and his economic claims against the condominium.

The agent acting in court for the payment of the remuneration and the recovery of the expenses and disbursements incurred for the execution of the assignment is therefore required to provide proof of the facts that constitute the basis, namely the execution of the managerial transaction. and the disbursement made on the occasion of it. In this regard, the Supreme Court has also clarified that the resolution of the condominium assembly that proceeds with the approval of the final report issued by the administrator has the value of debt recognition only in relation to the specifically indicated passive items.

Therefore, where the report shows a deficit between income and expenses, the approval of the same does not allow us to believe that the difference has been paid by the administrator with his own money, by way of deductive evidence.

With the decision in question, the Supreme Court also reiterated that the acceptance by the new administrator of the condominium documentation delivered to him by the previous one does not constitute suitable proof of the credit claimed by the first from the condominiums, while it is still up to the assembly to approve the account. final balance, in order to compare it with the budget, or to evaluate the appropriateness of the expenses faced by the administrator on his own initiative. The signing of the report of the delivery of the documentation affixed by the new administrator does not therefore integrate a recognition of the debt attributable to the condominium in relation to the advances of payments ascribed to the previous administrator and resulting from the recorded cash situation (see: Cass. Civ., Section VI, no. 15702 of 23/07/2020; Cass. Civ., Section VI, no. 5062 of 25/02/2020; Cass. Civ., Section. II, no. 8498 of 28/05/2012).