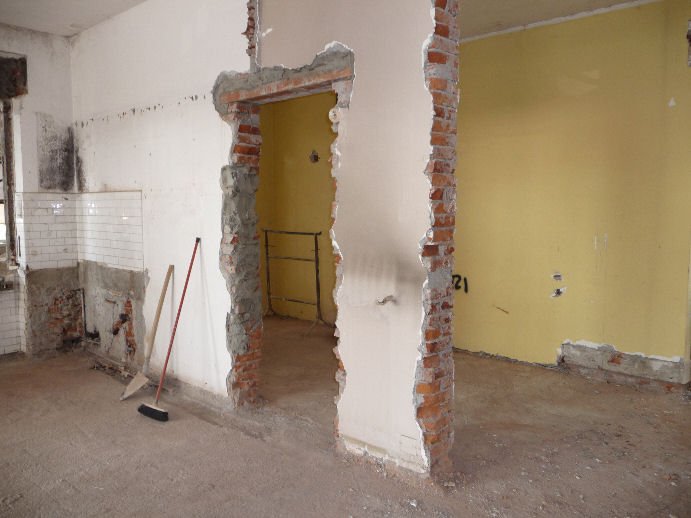 The displacement of the partitions by the condominium: a complex operation.

The displacement of the partitions by the condominium: a complex operation.

In principle, each condominium is free to modify its exclusive portion, provided that it does not cause unfair prejudice to the other condominiums and to consider all the different aspects of the operation.

This principle is expressed in art. 1122 cc , according to which in the real estate unit owned by the condominium, the condominium cannot carry out works that damage the common parts, or cause damage to the stability, safety or decorum of the building.

In any case, prior notice is given to the director who reports it to the meeting. The condominium can, therefore, move partitions where this does not result in concrete prejudice to the other condominiums.

The subsidence of the floor.

It cannot be excluded that, by demolishing one or more partitions to relocate them in another position, damage to the common structures or the collapse of the attic of the apartment above could occur.

In the latter case, however, it is possible that the collapse is attributable to the condominium owner of the apartment above. The issue was dealt with in the sentence of the Supreme Court n. 32344 of 13 December 2018. In the case in question, totally reforming the first instance decision, the Court of Appeal found that the renovation works carried out by the defendant had not affected common parts of the building having a load-bearing function, but only partitions and that the collapse was attributable to the advanced state of deterioration of the attic, already old , which could certainly have drawn precarious support from the partitions of the underlying apartment, without however these having assumed the nature of load-bearing structures of common property.

The Supreme Court considered the logical-juridical process followed by the territorial Court to be shared: in this case, the appreciation of the Appellate Judges cannot be questioned in the legitimacy stage.

Regulation and displacement of partitions in the apartment

Similarly, it is not possible to proceed with the changes in question if a clause of the condominium regulation conditions the external and internal changes of the individual properties, to the written approval, respectively, of a technician appointed by the condominium assembly or the condominium administrator. However, it should be remembered that the prohibitions and destination limits on the rights of use of condominiums on real estate units in exclusive ownership must, however, result from incontrovertibly revealing expressions of a clear and explicit intent , not likely to give rise to uncertainties (Cass. ., section II, 20/10/2016, n. 21307 ).

The modification of the internal partitions of a building does not require the building permit (or the SCIA alternative to the building permit: Tar Lazio 19 April 2022 n. 4635), nor the landscape authorization (Court, section II – bis , 28 January 2021, n.1208: the modification works of internal spaces, even if carried out through the demolition and reconstruction of partitions, do not integrate an intervention subject to building permit and not even to SCIA, since there are no changes in the urban parameters or increases in volume and surface; nor do they detect “the strict limits imposed by the landscape constraint”, since they are “purely internal works, which have not led in any way to an increase in the pre-existing volumes, nor can they be considered, in general, detractors of the constraint, since they cannot in any way alter the landscape, nor the perception of it from places accessible to the public “).

In fact, it is true that the different distribution of the internal environments through the elimination and displacement of partitions, as long as it does not affect the structural parts of the building, constitutes extraordinary maintenance activities subject to the notification of commencement of works (originally pursuant to art. paragraph 2, and now art.6-bis of Presidential Decree No. 380 of 2001, which governs interventions subject to a sworn notice of commencement of work).

In such cases, failure to communicate cannot justify the imposition of the demolition sanction which presupposes the formal data of the construction of the work without the required qualification.

Recently, the demolition of all the internal partitions (ordinary perforated bricks, coated with plaster on both sides) of the real estate unit of a condominium company destined to an office occupying the first floor of the building has been considered lawful .

These partitions were rebuilt with the plasterboard technique (metal structure walls and coated gypsum plates). The elements removed were internal “partitions” in material with low performance in terms of resistance (perforated bricks). Moreover, many were not placed between the meshes of the structural frames and were not able to develop a significant interaction with them, while even for those placed in the mirrors of the frame it was considered unreasonable to hypothesize constructive measures capable of guaranteeing an effective connection. and adherence to guarantee the transmission of efforts and immovability (Tar Emilia Romagna 3 January 2022 n. 3).