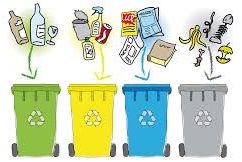 Separate waste collection, also the owners of the car garages participate in the costs of handling the bins?

Which allocation criterion should be used for the subdivision between the condominiums of the cost of the service for handling the bins of the separate collection?

To answer the question it is useful to start from the general notion of allocation of expenses and so try to frame the specific service within the appropriate criterion; which is not always very easy given the general nature of the general rules on the criteria for allocating condominium expenses.

«The problem of the distribution of expenses is that which, in Italy, brought a complete disharmony in the condominium institute» (thus G. Terzago, Il condominio, Giuffrè, 1985).

If these are the premises, the conclusions can be better? One should ask this by reading the acute observation of the Terzago which, in fact, focuses on a fundamental aspect of condominium management: raise the hand who has not been in difficulty or at least has not contested the subdivision of a cost between condominiums.

What is the rule on which the rules for allocating expenses in condominiums are based?

The main reference is art. 1123 of the Civil Code, which specifies that the following expenses are subdivided according to thousandths of ownership:

The general criterion, that is the breakdown based on thousandths of ownership, applies to many other expenses, unless otherwise stated:

As for the latter, think of the rules dictated by art. 1124 c.c. on the maintenance and replacement of stairs and elevators, or again by art. 1126 c.c. inherent to solar pavements in exclusive use.

These rules refer to the criterion of the distribution of expenses according to use, a criterion dictated in general terms by the second paragraph of art. 1123 c.c.

This article is closed by the third paragraph that contains the last general principle of reference: if from one thing – or from a service – only a group of condòmini draws utility, then only the condominiums who benefit from it pay the relative cost (this is the so called partial condominium).

Costs for handling bins for separate waste collection in condominiums

The service under consideration consists of the following activity: a person in charge of the condominium assumes the commitment to move the recycling bins from inside the condominium to the waste disposal site (usually the sidewalk in front of the building) and then to keep , in the original place, the bins.

All within the time of conferment prescribed by municipal ordinances regarding the conferment of waste.

Surely the service can be entrusted by the assembly, but it can not be excluded, at least for a temporary period, the assignment by the administrator

This benefit in favor of condòmini has a cost that must be divided between the interested parties. As?

For the writer, in the obvious absence of specific legislative indication and in the eventual silence of the condominium regulation (both the assembly and the contract), the distribution of the costs for handling bins separate collection in condominium must be carried out according to thousandths of ownership among all condominiums who take advantage of the waste collection service.

Would it make more sense to share the expense in equal parts? For some, yes, but it is useful to remember that in terms of condominiums no rules, either directly or indirectly, provide for the distribution of costs in equal parts.

Also the condominiums owners of the car garage only have to pay for the allocation of the costs for the separate collection?

Yes, the car garages are subject to the waste collection tax, so there is no reason to exclude them. And the condòmini who got exemption from the tax because the real estate unit is unused? In the opinion of the writer no: their assets as certified by the competent municipality is not able to produce waste, so why should they pay for a service from which they do not benefit.

So for myself, in this case the partial condominium criterion must be applied.

Finally, it is useful to remember that in the absence of an assignment for the handling of the recycling bins, the service must be carried out directly by the condominiums, but the assembly, otherwise the relative decision will be null and void (see, for a similar case, Cassation, November 22, 2002, No. 16485) can not require individuals to handle the bins.

In short, everyone must participate on their own volition, without impositions and therefore in a spirit of solidarity. Not an easy thing, especially in large-sized condominiums.