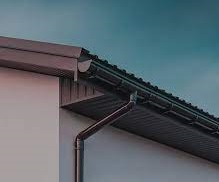 Rainwater, when the expenses must be borne by all condominiums.

The theme of the division of expenses always proposes new cases: the principles of law, however, always remain valid.

Since the reform of the condominium did not intervene organically on the matter of condominium expenses, but only for specific cases (see art. 1124 cc or 1130-bis cc on the costs of the condominium audit), the rulings of the Supreme Court in this regard are of particular interest to the beyond the date of issue.

So when the Supreme Court or in any case a judge expresses its opinion on the allotment criteria applicable to individual cases not specifically governed by the rules, attention, even just curiosity at times, falls on that decision.

On the subject, for particularity and clarity of presentation , we consider it useful to focus on a sentence of the Supreme Court, n. 64 given by the Supreme College on January 3, 2013.

The case is one of the recurring ones: the assembly of a condominium must decide on the allocation of an expense concerning the part of a system which, apparently, does not concern all condominiums.

In practice, the assembly must establish who is required to pay the costs of rebuilding a stretch of rainwater that passed underground in the gardens of some condominiums.

The Court, in the first instance, the Court of Appeal, in the judgment of the second instance and finally the Cassation gave him reason, or rather: given that the request was accepted by the Court , the appeal sentence and that of Cassation, albeit with some I distinguish, they confirmed the goodness of the decision.

In a nutshell: resolution invalid as it was an expense to be shared among all condominiums pursuant to art. 1123 cc

The function of things affects ownership if the title does not provide otherwise. On the subject of condominium buildings, it is well known that art. 1117 cc contains a purely illustrative list of common goods. In short, even things, goods and services that are not listed in the aforementioned rule can be owned by everyone.

How to arrive at this conclusion? We read in sentence no. 64, which on this point takes up a passage from the contested sentence of the Court of Appeal, which in any case to answer the question must apply the ” legislative principle according to which all parts of the building aimed at satisfying collective condominium needs are common.

And the functional destination, concerning the entire building, constituted the prerequisite for the attribution of the common property, not otherwise resulting from the title “. The title , that is the contractual regulation and / or the purchase deeds. Only a provision in them contained can lead to the conclusion that a thing, while serving everyone, is owned only by someone.

Downpipes, who pays the bills?

In the present case, however, although that part of the downspouts was at the service of the balconies of the floors above, its usefulness concerned the entire structure because it allowed to maintain an overall hydrogeological balance of the building.

If something belongs to everyone, it follows that the costs for the conservation interventions that concern it, unless otherwise agreed, must be borne by everyone on the basis of the thousandths of ownership (Article 1123, first paragraph, of the Italian Civil Code).

In this sense, the Supreme Court, in the sentence in question, reiterated that ” in terms of condominium buildings in buildings, the parts of the building – walls and roofs (art. 1117 cc, n. 1) – or the works and artifacts – sewers, drainage channels and the like (Article 1117 of the Civil Code, No. 3) – appointed to protect the condominium building from atmospheric agents and infiltration of water, rain or underground, due to their function, the expenses for the conservation of which are subject to the distribution in proportion to the value of the individual exclusive properties pursuant to the first part of Article 1123 of the Italian Civil Code, and are not included, on the other hand, among those parts likely to be used for the service of condominiums to a different extent or to the enjoyment of some condominiums and not others (Article 1123 of the Civil Code, paragraphs 1 and 2) “(Court of Cassation No. 11423 of 1990; Court of Cassation No. 4403 of 1999) ” ( Court of Cassation January 3, 2013 No. . 64).

It is evident that the mere passage of a condominium property in the property of two or more condominiums cannot make the expense partial, referring it only to them. Despite this, the peculiarity of the principle expressed in the aforementioned sentence also lies in the fact that the downspout did not serve all the condominiums, but only a part. For the Court of Cassation, however, this is not sufficient to partialize the expense, given that the same must always be referred to everyone when in substance the benefit that the thing it refers to brings is a benefit for all condominiums.