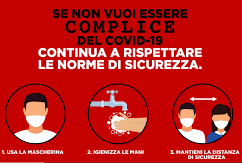 Condominium administrator, chairman of the assembly and responsibility in calling and managing the meeting.

It was last May 16 and in the d.l. n. 33 of 2020, in the tenth paragraph of art. 1, it was written it was specified that “the meetings are held ensuring compliance with the interpersonal safety distance of at least one meter”.

As we wrote near the publication, the Government had unlocked the possibility of calling condominium meetings.

The flurry of rumors that followed that act and that news was such that it was even thought of asking the executive if assembly and meeting are synonymous.

The vulgate that spread on social media also reached paroxysmal peaks: assembly is one thing, meeting is another and therefore a condominium assembly is not a meeting, so that the aforementioned decree law did not allow anything.

We dare not imagine, for the love of country, what they had to think about Palazzo Chigi, where even sometimes it seems that the technicians quarrel with the vocabulary, in front of similar questions and conclusions.

But this is not the point: for lovers of FAQs – as a source of conviction rather than law – the certain and definitive answer, as well as the reverse from unlikely interpretations, arrived on June 1, with this question and the next reply:

Can (ordinary or extraordinary) condominium meetings, joint-stock companies or partnerships, or other collective organizations take place?

The assemblies of any type, condominium or corporate, or any other form of collective organization, can take place in the “physical presence” of the persons called, provided that they are organized in suitable premises or spaces, possibly even outdoors, which ensure the continuous maintenance of the interpersonal safety distance of at least one meter between all the participants, thus avoiding any form of gathering, in compliance with the health rules for containing the spread of the COVID-19 contagion.

The possibility of holding the same meetings remotely remains unaffected, as it is compatible with the specific regulations in force on the subject of convening and resolutions.

It is the definitive clarification, if there ever was any need. The condominium assemblies can take place. On the other hand, the aforementioned tenth paragraph said so: yes to meetings, guaranteeing respect for the interpersonal distance of at least one meter.

We have rightly asked ourselves: in the absence of protocols, provided for an immeasurable amount of activities (often in apparent contradiction with each other), how can an assembly be held safely?

What are the duties, if any, of the condominium administrator, which ones of the chairman of the assembly?

Masks? Gloves? Self-certification? Measurement of fever? What to do?

What are the responsibilities?

We believe that the essential starting point is the principle of prudence, which in itself should inform every activity and which, a fortiori, cannot fail to concern the conduct of condominium meetings. Let’s go step by step.

Distance guarantee during the meeting

Meetings are held ensuring compliance with the interpersonal safety distance of at least one meter.

Meetings are held in compliance with an interpersonal safety distance of at least one meter.

The two sentences seem the same, but the gerund of the verb guarantee induces a reflection: who must guarantee?

In the opinion of the writer, the conclusion is threefold: the administrator, the chairman of the assembly and the participating condominiums must ensure compliance with the safety distance. Each in relation to their role, each with their own responsibilities.

We remind you that the object of the ban is the gathering. What would be punished would be to have gathered, due to the known danger that derives from it, not to have spread the virus. A similar dispute can concern those who are aware of being sick and, but here the margin of uncertainty is very wide, those who negligently did nothing to avoid the spread of an epidemic.

Let’s go back to our actors, administrator, president and condominiums.

The choice of place and the role of the administrator

When the administrator calls the condominium meeting, he must indicate, in the notice referred to in art. 66 avail. Att. cc, the place where the meeting will be held, both in first and second call.

Both convocations must be held in a suitable place to contain those entitled to participate in the meeting.

It has always been undisputed, that is, not just looking at this pandemic phase, that it is the duty of the administrator to identify a suitable place for the meeting.

Suitable, i.e. possessing qualities or functional requirements for the conduct of the meeting. This means that the place must be suitable to contain all those entitled to participate.

Note: no historical forecast, no statistical average of the number of participants; are those entitled to participate twenty? Then the place identified to hold the assembly must be able to accommodate twenty people in compliance with the rules on distancing.

Open or closed places, reminds the Government on its institutional website, provided they have these characteristics. Attention: not only the space of one meter should be considered when people are still, sitting or standing, to discuss, but also the space of one meter in relation to the movements necessary to position oneself and leave the meeting place at the time of beginning and end of the meeting or at any time anyone who decides to leave.

The government FAQ states that the meeting can be held “in compliance with the health regulations for containing the spread of the COVID-19 infection”.

What does it mean?

Let’s look at the sanitary measures contained in the d.p.c.m. June 11, 2020, exactly in its annex number 16, which are usually mentioned in every act taken in succession in relation to the well-known health crisis.

What do these standards tell us?

We quote, without claiming to be exhaustive, the recommendations indicated therein:

We have only mentioned these, since it seems to us that the administrator, in relation to his role, must keep these aspects in mind when choosing and preparing the place.

If he opts or rather should lean towards the choice of having the assembly held in congress centers and the like, then it will be his responsibility to have the manager of the place certified that this is in compliance with the number of people called in relation to the event to be held. The attestation, however, cannot be separated from a concrete verification.

It is around these aspects that, in the opinion of the writer, the responsibility of the administrator revolves: he must choose with due diligence the place of the meeting and he can be reproached for this – in civil, criminal or administrative – if he has not done so, causing a meeting that does not comply with the requirements of the law.

It is good that the convocation notice reminds the condominiums of the prohibition of gathering and where it is kept indoors and can last more than an hour that the mask is worn.

The direction of the assembly and the powers of the president

Although, as is known, his figure in the condominium is not regulated, the chairman of the assembly is the one who during the meeting has powers of direction and control of the meeting.

Therefore, he can order the condominiums to respect the rules on social distancing. Although the chairman does not have coercive powers over bystanders, he certainly has the power to dissolve the assembly if those present do not behave in accordance with the rules, or where he realizes that the place chosen by those who called the meeting is not suitable for regular conduct. of the same.

In these terms and within these conditions, therefore, according to the writer, a responsibility of the chairman can be envisaged: not having directed and controlled the normal course of the meeting can have consequences in terms of civil, criminal and administrative liability, where omission or negligent management has resulted in damage or represents in re ipsa a regulatory violation.

Participation in the assembly and the behavior of individual condominiums

Last, but not least in terms of responsibility, civic before legal, are the condominiums who participate in the assembly.

Attempting to enclose every behavior, every movement, in the rigid bed of a norm is impossible.

The conduct of collective events – such as condominium assemblies – plastically represents this impossibility.

The administrator can be reproached for not having chosen the right place, the chairman for not having directed the meeting as he should have, but nothing can be said to him if Tizio, intemperate and arrogant, does not behave as he should, in spite of the indications .

The legal obligation to prevent an event – known in criminal law and having validity in general – cannot turn into an even predictive supervisory obligation. The collaboration of the individual in the smooth running of the meeting is essential.

First of all, not going to the assembly if health conditions do not allow it.

And then behaving correctly once you get there. The assembly is a meeting, not an arena for fighting and shouting.