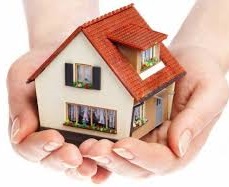 Condominium insurance and deductible, who pays what if it is provided for in the contract?

It is not mandatory and there is, in fact, no specific rule that requires the administrator to stipulate it simply having the right to do so.

The condominium regulations may, however, provide for the stipulation of an insurance policy.

The additional guarantees may include legal protection aimed at covering the legal expenses that the condominium must possibly incur for disputes on common parts of the property.

A not infrequent problem within condominiums is that relating to the deductible provided for in the condominium policy or, whether or not the latter should fall within the sum by way of compensation for damages due to the damaged condominium.

In this regard we report the case of a condominium who suffered damage inside his property caused by water infiltrations deriving from the solar roof.

The administrator promptly reported the accident to the condominium insurance company which, after having carried out a suitable report, assessed the damage as falling within those considered compensable within the stipulated policy, so that the damage settlement phase was opened.

The compensation recognized by the insurance amounted, in this case, to € 1000, however, in the aforementioned policy, under the item “water damage” an excess of € 250.00 was provided.

The deductible, as known, is that part of money not covered by the insurance guarantee and therefore not falling within the amount paid to the injured party for the damage suffered.

The same, believing that he was entitled to the entire sum, however, communicated with a / r, through his trusted lawyer, that he wanted to withhold the amount of € 750.00 as an advance on the greater sum recognized by the insurance company by way of compensation for damage.

It may happen that the injured party considers the sum paid out to be sufficient despite the deductible but, in cases where this is not the case, how should the deductible itself be considered in terms of law? That is, it must be considered lost in case of damages in favor of the damaged condominium or must it be liquidated by the condominium?

Condominium insurance and deductible: the rules

Analyzing the rules on the discipline of the condominium contained in the civil code, in particular Article 1123, it is possible to believe that, effectively, the condominium who suffers the damage is entitled to receive the entire sum as compensation, obviously excluding his own share as co-owner. Having said this, this economic burden will arise on the condominium.

In the insurance contract, in fact, the insured, upon payment of a premium, is indemnified by the company for damages that may derive from specific events (accidents) provided for by the contract itself.

In the event of accidents deriving from the use of vehicles, for example, the civil liability insurance covers the insured with respect to compensation, although the fault of the accident always remains with the aforementioned insured.

The same reasoning can be applied to liability for damage deriving from water infiltration in the condominium: the fact that the insurance keeps the condominium who is, in this case, the “custodian” of the building, harmless from economic consequences, does not mean going exempt. from any liability.

Therefore, the provision of a deductible does not mean that the condominium has no obligation to compensate the injured party for the entire damage suffered.

There is also a particular aspect that must be highlighted: in the event that the condominium is not insured against damage, the compensation due to the injured party will be divided among all the condominiums including (paradoxically) the damaged one, in proportion to the thousandths, in how much belonging to the condominium.

It happens that the latter, while receiving the compensation, will be obliged to participate in the repair costs of the common good, as well as in the distribution of the compensation share since he himself is part of the condominium structure.

Insurance in condominium: the powers of the administrator

With more specific reference to the policy, it should be noted that the choice of the insurance company is up to the condominium assembly and, in this regard, the Court of Cassation has developed an important principle of law, according to which the condominium administrator is not entitled to conclude the insurance contract of the building if it has not received the authorization from a resolution of the assembly of participants in the communion.

This conclusion must be reached for the decisive and absorbing consideration that the provision of Art 1130 cc, paragraph 4 obliging the administrator (the administrator must perform) to carry out the conservation acts of the rights inherent in the common parts of the building, intended clearly refer only to the material acts (repairs of load-bearing walls, roofs and pavements) and judicial (actions against illegal conduct carried out by third parties) necessary for the safeguarding of the integrity of the property, which cannot include the contract insurance, because this does not have the conservation purposes to which the rule of art. 1130 of the Civil Code, but its only and different purpose is to avoid economic prejudice to the owners of the damaged building “(Cass. April 3, 2007 n. 8233).