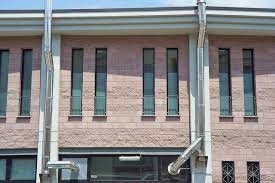 Allowed the installation of the flue of a pub on the facade of a condominium even without the building permit: it is a technical volume

The installation of the flue of a pub on the wall of a condominium building does not require building permission, provided that it is connected to a latest generation fume and noise abatement system and does not modify the building prospectus.

With the sentence n. 592 / 2019 the Campania Tar declared illegitimate the demolition order of the fumes / odors treatment plant in service of a restaurant activity arranged by the Municipality.

The facts in brief

The owner of a restaurant, which had regularly started up the business with a suitable commercial SCIA and installed a state-of-the-art fume and noise abatement system (containing emissions well below the legal parameters), is involved in a controversy of a private nature: the condominiums immediately expressed themselves against the opening of the pub and the installation of any extraction system / hood / flue inside the condominium area, complaining about the continuous polluting emissions, both olfactory that acoustic, coming from the smoke system.

The same condominiums also request the intervention of the Municipality which, following inspections carried out by the technicians of the Municipality, the ASL and the ARPAC aimed at ascertaining any irregularities, orders the demolition of the chimney for building reasons, hygienic-sanitary reasons and urban planning aspects.

The owner of the pub opposes the provision and appeals to the Campania Regional Administrative Court for the cancellation of the demolition order for the fumes / odor treatment plant to serve the restaurant business.

The appellant raises a series of objections to the demolition provision, in several respects:

(It should be noted that the cover image of the article is purely indicative and does not refer to the specific sentence).

The Campania TAR accepts the appeal: the various complaints raised by the owner and the adoption of a system to reduce the gaseous and noisy emissions of advanced technology, allow the regular continuation of the commercial activity. In particular:

The chimney must actually be considered a technical volume, a work without an autonomous relevance from an urban and functional point of view that must remain even if the condominium is contrary, because the owner of the building (in this case of the pub) has the right to place an artifact in the common area as long as the installation does not affect the equal rights of other condominiums.

The judges of Campania cancel the measure of the Municipality and the order of demolition of the chimney, given the scarce urban importance of the work.

For the judges the Municipality has wrongly applied the sanction of the demolition, foreseen by the art. 31, paragraph 2, Presidential Decree 380/2001, for interventions performed without a building permit. In the case in question, the pecuniary sanction of art. 37 for works carried out in the absence of the prescribed DIA / SCIA, equal to double the increase in the market value of the property, consequent to the realization of the interventions themselves, and in any case not less than 516 euros.