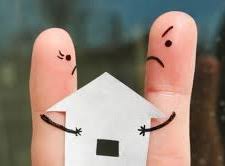 What happens if all the co-owners show up at the meeting?

What happens if all the co-owners show up at the meeting?

The right to participate belongs only to one. In the absence of an agreement, one must rely on common sense.

Each condominium has the right to be informed of the progress of the assembly.

Each condominium has the right to participate in the assembly .

If several people are co -owners of an apartment, those people count as a condominium and consequently have the right to participate in the assembly through a single representative.

The representative can be chosen among themselves, the important thing is that he is one.

One of our readers writes to us that, regarding a case of a co-ownership apartment, he has to face this situation:

Dear Editor, good evening. I’ll explain my case to you. I manage a condominium of eight apartments. Seven real estate units owned by one person each, the eighth, inherited, parceled out among thirteen people.

Every time I summon everyone. The last few times everyone showed up (sic!) And everyone pretended to participate. The president didn’t know what to do. Honestly, I found myself in trouble too.

Fortunately, we did not meet the quorums ! The problem is that we will soon have the next assembly (resolution per superbonus) and the thirteen in various ways have already told me that they will all be there. How should we get them together? And if they agree, they don’t want to agree? How to regulate us?

Before the reform of art. 67 avail. att. cc the answer was easy: if there is no agreement between the co-owners, he chooses the president by lot . From 2013 onwards, coming to this conclusion is more difficult. But there is no shortage of alternatives.

Convening of co-owners, the rules

All condominiums have the right to receive the notice of call to take part in the condominium assembly. Everyone, that is, if a real estate unit is owned by several people, each of them has the right to be personally notified.

On the matter, recently, the Court of Rome, confirming this assumption, specified that ” even in the case in which the property is unitary, the co-owners have the right to be summoned to the meeting: the rule referred to in art. 67 co. 2nd disp. Implementation of the civil code (according to which “if a real estate unit belongs in undivided ownership to more than one person, they have the right to only one representative in the assembly, who is designated pursuant to art. 1106 of the code”) does not exclude , but rather underlines the need for all co-owners to be made aware of the call of the shareholders’ meeting, in order to be able to agree their position on the issues of the agenda and determine their common representative “(Court of Rome 27 September 2021 n. 14944)

Participation of co-owners, the rules

The aforementioned jurisprudence mentions the reference standard, that is the second paragraph of art. 67 avail. att. cc

This is the provision mentioned above referring to the power of the president to proceed by drawing lots. Power that had its own legal basis until the entry into force of law no. 220 of 2012.

Today, however, if a real estate unit belongs in undivided ownership to several people, participation in the meeting must take place by means of a representative, who is designated by the co-owners concerned pursuant to article 1106 of the civil code, i.e. with the vote of the majority. of the participants in communion, as if they were the administrator of communion.

What if the co-owners don’t provide it ? Theoretically, the Court could be asked to appoint a representative.

Pursuant to art. 1105, fourth paragraph, of the Italian Civil Code, ” if the necessary measures for the administration of the common thing are not taken or a majority is not formed, or if the resolution adopted is not carried out, each participant can appeal to the judicial authority. in chambers and may also appoint an administrator “.

Theoretically, because the timing of the request for appointment to the Court does not reconcile with the times of convening and conducting the assembly.

All co-owners present, the rules and powers of the president

Here, then, that, putting aside the improbable request to the Judicial Authority, it can be found in front of several co-owners present in the assembly.

Here the problem becomes the responsibility of the president , who, this is undisputed, has powers of verification, control and direction of the assembly.

In this context, for example, it was stated that ” the president, even in the absence of an express provision of the condominium regulation, which enables him to do so, can establish the duration of each intervention, provided that the relative measure is such as to ensure each condominium the opportunity to express their reasons on all the points under discussion “(so Cass. November 13, 2009 n. 24132).

Although it is not expressly mentioned by any norm , there is no doubt that the president can ask those who are not entitled to take part in the assembly to leave.

The co – owners of a real estate unit are entitled to attend the meeting, but not all. For these hypotheses, according to the law, only one person can be present.

Here, then, that the president , not having the power to draw the representative who must be chosen by the co-owners, can undoubtedly ask all present to leave if a delegate is not appointed. The reasons must be clearly specified in the minutes.

It is good practice that common sense prevails, that the co-owners arrive prepared for the assembly and then appoint a representative to attend the meeting.