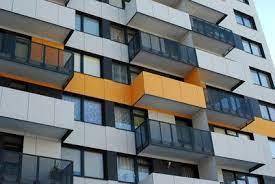 Color of the facade, who decides?

Color of the facade, who decides?

In the era of the Bonus and Superbonus , in numerous condominiums, the assemblies have decided to deliberate extraordinary maintenance works on the common parts, such as the facade and the roof.

The possibility of having access to tax concessions has led many to take decisions which have been postponed over time.

As far as the facades are concerned, being a common part – however necessary – is crystallized in art. 1117, paragraph I, n.1) of the Civil Code.

Precisely in consideration of this nature, the attribution of costs for its reconstruction is independent of the presence of a view or not of the individual units on it, all being required to pay according to the thousandths of ownership.

Indeed, the façade represents an indefectible element whose maintenance does not depend on the fact of having on the same window or balconies , it being sufficient to have a property inside the building to be called upon to contribute to the maintenance costs.

Given this, it should be noted that, with regard to the color of the facade , there is no doubt that the first choice and / or decision of the same was taken by the builder at the time of construction, taking into due consideration, if any, the municipal prescriptions implemented. in building regulations on the matter or at its discretion.

Likewise, it is equally undisputed and clear that the color of the facade defines the same and, therefore, is not irrelevant also for the purposes of evaluating the decoration in the event that it is intended to be modified during the execution of conservation interventions.

The color of the facade is decided by the assembly of the condominiums, without prejudice to any municipal restrictions or indicated in the condominium regulations and, again, the protection of the decor, as explained below.

With express reference to the condominium resolution concerning the painting of the facade and, specifically, its modification, it is useful to specify that the necessary quorum is that indicated in art. 1136, paragraph II, ie the majority of those present representing at least half of the building’s value.

It is evident that the color of the facade cannot be said to be a secondary element to it, forming a whole also in consideration of the color of the shutters or roller shutters and, again, of any awnings which, certainly, must have a in chromatic harmony and, therefore, aesthetics.

Given the need for the majority indicated for the adoption of a legitimate resolution on the question of the color of the facade, in practice, the choice is made with essays / tests on the same by the contractor of the works in order to allow the condominiums to hire a conscious decision.

It is clear that a simple nuance variation of the same existing color will not lead to a significant modification of the facade for which a different color will be required, for the purposes of the real and effective impact on the decor of the condominium real estate compendium.

We know that when the theme of the architectural decoration of the building recurs in a condominium dispute, this notion affects its aesthetics to be understood as the result of the set of lines and structures that characterize its physiognomy giving it a specific identity.

For this reason, any questions on decorum cannot be extraneous to the competence of the assembly as it is closely connected and correlated to the appearance of the condominium building which also represents a common good.

In this regard and to better understand the subject, it is appropriate to remember that in order to be able to configure the hypothesis of innovation prohibited by art. 1120, paragraph IV, of the Civil Code. a material modification of the common part must take place that alters the substantial entity or changes the original destination (Civil Cassation, section II, 10/03/2015 n. 4736).

Given that it is not possible to disregard an assessment of the specific case, due to the constant orientation of the Law, an alteration occurs whenever visible and relevant changes are made to the structure and its overall characteristics , such as elements that denote the building and attribute to it a its harmony regardless of any particular value.

In this regard it is suited to bring a ruling by the Law of about where it was the subject of careful examination the incidence of color change in a part of the façade < In terms of horizontal condominium, are common goods not only the boundary walls but more overall , the founding characteristics of the building as a whole in its uniqueness.

It follows that the one-sided variation in the color of the perimeter walls of a portion of the facade, affecting the overall architectural decoration of the building, integrates an innovation that can not be achieved by the individual condominium without the consent of the others, unlike the modifications that are allowed, both even within the limits of the best enjoyment > (Court of Modena, 02/16/2018, n.280).

Otherwise, in the case brought to the attention of the Court of Bari (judgment of 24/02/2016 n.1000) no alteration of the decoration was found due to the change in the color of the facade from simple white to cream white and of the modality with which has been painted , with smooth paint rather than scratched.

A variation of this kind, as already noted in the previous paragraph, does not attest to a violation, not even a potential one, of the aesthetics of the building as it is a variation in the shade of the color and, due to the effect, not attending to a substantial change.

In conclusion, whenever a dispute arises about the color of the facade, or about the resolution that decides a variation, there are three aspects to be acquired and remembered: (i) the existence , or rather the respect, of the quorum referred to in art. 1136, paragraph II, of the Civil Code, (ii) the absence of the recurrence of the hypothesis referred to in art. 1120, paragraph IV. Civil Code and, also, (iii) the non-existence of provisions prohibiting the modification of the condominium regulations.