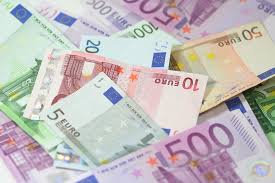 Sufficient documentation is sufficient and the problem of cash transfer is solved.

This was explained by the Deputy Minister for the Economy, Luigi Casero, responding yesterday in the questionnaire of the House Finance Committee to an immediate answer (5-03617) presented by MP Girolamo Pisano and others.

The problem arises from the obligation, in force since 18 June 2013 and imposed on the condominium administrator, to open a bank or postal account in the name of the condominium, in which all amounts received by condominiums or third parties and to anyone paid on behalf of the condominium (article 1129 of the Civil Code, as amended by law 220/2012).

The new obligations, the questioning MPs have pointed out, have created quite a few concerns among the sector operators: to the point of risking “paralyzing the condominium management, imposing an absolute ban on the administrator to withdraw or deposit cash from the current account”.

MEPs therefore suggested to allow the administrator to pay or withdraw cash from the current account, also by indicating a generic reason (for example, “cash fund”), “provided that the money management is detailed in the condominium accounting »Through analytical annotations.

Deputy Minister Casero responded by quoting the circular prot. DT 10492 of the Treasury of 5 February 2014 which, in relation to the ban on the payment of rent, recalls the 231/2007 law which sets the limit for free circulation of cash at one thousand euros, considering that “such interpretation may reasonably be also extended to the case in question. ”

More specifically, Casero rejected the interpretation of the deputies because it would not have allowed full traceability of all bank transactions.

However, he stated, citing the circular, in the part in which it refers to leasing relationships, first of all that the criticality threshold triggers only after one thousand euros in cash, then that the purpose of the law to keep track of cash transactions “can be considered satisfied by providing documentary evidence, however formed, provided it is clear, unequivocal and suitable to certify the devolution of a certain sum of money to the payment of the rent ».

Principle that, for the Government, can therefore be extended to the condominium.