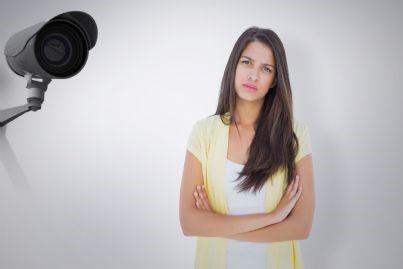 Condominium: Installing a camera on the landing is not a crime.

Condominium: Installing a camera on the landing is not a crime.

For Cassation, the electronic eye pointed at the landing does not violate privacy as a site intended for use by more people.

by Marina Crisafi – It’s not a crime to install a camera on the landing of the condominium building. This is because stairs and landings in common are intended for use by more people. Thus, the Supreme Court ruled (paragraph 34151/2017), rejecting the use of a condom (civilian party in the process) alleging the installation of a camera by the neighbor on the wall of the condominium landing.

The court at first instance condemned man for the crime of illicit interference in private life under art. 615-bis c.p. for installing a camera on the wall of the condo landing, near the front door of his home, with the landing section facing the door of the house itself, as well as “the staircase stairs and a large part of the condo landing” , thus recording video anyone who entered the range of the camera.

In appeal, the court was executing the man for lack of the fact. In the opinion of the court of second instance, the condominium landing is not part of the notion of private dwelling, referred to in art. 614 c.p. (recalled by article 615-bis cp), and the “innocent” camera had a radius of interest that only concerned the defendant’s house door and a part of the landing, so that not even the ramp of the stairs that wore to the top floor was completely resumed.

The nearby, civilian civilian, did not and did not use Palazzaccio, complaining of the “logical error” that the Court of Appeals would have done when he concluded that the camera was unable to resume the entrance door of the his home, as the frames had been extrapolated to court by the police, while the camera was able to rotate and resume so different corners of the landing. He also complained that the Court had wrongly interpreted art. 615-bis c.p., “as the condo landing constitutes ‘belonging’ to a place of ‘private dwelling’ within the meaning of Article 614 c.p.”.

Cassation: The camera on the landing is not a crime

But for the Fifth Criminal Chamber of the Supreme Court, the appellate court is right and the appeal must be dismissed.

It does not in fact hold the argument that the court would fall into “misrepresentation of the evidence”: a complaint only assertive and not supported by other evidence, capable of subverting the judge’s judgment.

They also recall from Piazza Cavour, “Article 615-bis is functional to the protection of the private sphere of the person who finds extrinsecation in the places indicated in article 614 BC, that is, in the house and in the places of private residence, as well as in the ‘affiliations’ of them “. It is, therefore, “of concepts that identify a particular relationship of the subject with the environment in which he carries out his private life, so as to subtract it from external interference regardless of his presence”. The staircases of a condominium and the landing on the condominium stairs, on the other hand, “do not fulfill the function of enabling private life to be sheltered from prying eyes, because they are actually destined for the use of an indefinite number of subjects and Consequently, the criminal protection provided for in Article 615-bis of the c.p. does not extend to the images which may be reproduced therei.”.