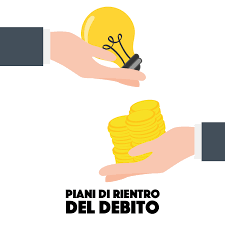 The administrator before granting an extension of payment to the condominium arrogant, must be authorized by the assembly.

The condominium administrator who receives from a condominium the request for deferment of payment with deadlines more favorable than those reported in the allotment plan is before a question which is not easy to answer: I can sign the repayment plan autonomously without the authorization of the assembly?

The question, in times of crisis like the current one, manifests itself frequently and therefore deserves an appropriate study.

Morosi in condominium: for the necessary authorization installments

On this point, in reality, there is a clear contrast between the practice and the law.

In fact, it often happens that the directors autonomously grant the extensions to avoid the delays associated with the forced recovery of credit and to avoid convening assemblies that, in many cases, go deserted or almost.

However, this does not alter the fact that, in fact, the letter of the law clearly states that in the matter of collecting the condominium shares, the director does not have autonomous decision-making powers but must proceed with the recovery of the same without exceeding what was decided by the meeting.

Consider the provisions of article 1130 of the Italian Civil Code, under which the condominium administrator is required to execute the shareholders’ resolutions and to collect the condominium contributions, or to what is established by article 1129 of the civil code, which requires the administrator to act for the forced recovery of sums owed by condominiums, unless expressly dispensed by the assembly.

The position of the Court of Milan

In this regard, the sentence number 5021/2017 of the Court of Milan (attached below) is particularly significant, with which the judges affirmed that “in the relations between each of the condominiums and the director, the relevant rules are applicable. to the mandate with representation (Court of First Instance No. 9148/2008), referred to in Article 1129, paragraph 15, of the Civil Code In particular, pursuant to Article 1708 paragraph 2 of the Civil Code, extraordinary administrative acts must be expressly indicated by the principals.

This must be considered the stipulation of a transaction, as a contract that involves the provision of the rights of the parties. “The conduct of the administrator who independently undersigns the transaction, however,” runs counter to the obligations imposed on him by law. based on art. 1130, n. 1, c.c. that requires him to execute the shareholders’ resolutions “.

Consequently, if a condominium turns to the administrator to propose a plan for repayment and extension of his debt, it is appropriate that the latter, before signing it, convenes an assembly and puts the proposal to the vote, also requiring exemption from the burden of acting judicially against the moroso condominium.

A number of votes is required for approval, representing the majority of those attending and at least half of the value of the building.