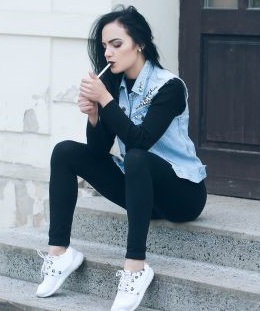 Condominium: no smoking in all common areas.

The administrator is responsible for compliance with regulations in common areas.

Go Lucia Izzo – Since 2003 in Italy there is a ban on smoking, practically in all closed areas, with the exception of specially designated areas for smoking (duly reported) and private places not open to the public. It was the Sirchia law no. 3/2003 to establish and retain it in the years to come, in particular with the new bans introduced in Italy to implement the provisions of Directive 2014/40 / EU.

Still, the ban on smoking has been extended to the driver of motor vehicles, in the parking or on the move, and passengers on board in the presence of children under the age of eighteen and pregnant women.

No smoking: even in Condominium?

The doubt has arisen in relation to the condominium areas, particularly in those environments (stairs, gardens, garages) that are in communion and therefore can be freely used by all condominiums.

Article. 1102 of the Italian Civil Code, dedicated to communion but applicable to the Condominium in view of the recall of art. 1139 of c. C., Stipulates that each participant can use the common thing, provided that he does not alter the destination and does not prevent other participants from doing so in accordance with their right.

Androns, landings, lifts, stairs and environments intended to host condominium meetings, for example, are not considered comparable to private homes, where smoking is permitted under law. In fact, these spaces are also shared with other subjects, not just the other condominiums, but whoever for some reasons are there to travel or work (posters, technicians, doorman, etc.).

Therefore, the Minister of Health stated in footnote 1505 of 24 January 2005 that antifouling provisions should also be extended to such environments as the abovementioned subjects must be guaranteed the respect of the right to health, the fundamental right of the individual and the general interest Of the community, constitutionally guaranteed and inspired by anti-smoking legislation, aimed at protecting non-smokers from passive smoking.

No smoking: in Condominium, the administrator is responsible.

The ban must be respected in Condominium by the administrator, as stipulated by the State-Regions Agreement of December 16, 2004, intervened to implement Article 51, paragraph 7 of Law 3/2003.

The rule stipulates that “executives responsible for the administrative and service structures of public administrations, companies and public agencies or private persons operating public services, or those in charge of private facilities, shall establish and affix the full prohibition of such indications In the premises where the prohibition is applicable”.

It is up to the administrator, therefore, to prepare the necessary anti-smoking signage and to observe compliance with the rules, to the extent of its liability and the payment of the related financial penalties.

However, the other condominiums and stables of the building may also make verbal summons against the offender and proceed in case of non-compliance with the prohibition and call, signaling violations to the competent authorities.

No problem, of course, for those who smoke inside their homes and their property, such as balconies, gardens, terraces. However, the Court of Cassation, 7875/2009, recognized the annoying, annoying, unhealthy, passive smoke-induced smoking cigarette emissions by a group of individuals, albeit limited.

In the present case, the inputs deemed to be molesties were those from the bar on the ground floor that had damaged the resident on the first floor of Condominium. The Supreme Court confirmed the compensation of 10 thousand euros to the damaged condominium.

Also, it is good to remember that cigarette butts must be safely disposed of without throwing them from the balcony, as this behavior is likely to be configured as a “dangerous jet of things” (barring cigarettes from the balcony is punished by arresting up to a Month or fine up to € 206/00).