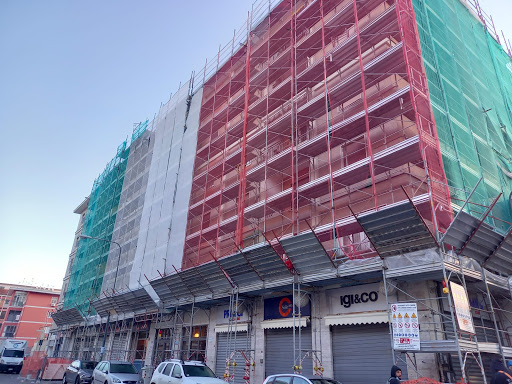 The condominium must prove the “scaffolding damage”.

The condominium must prove the “scaffolding damage”.

A recent decision by the Court of Taranto addressed the issue of scaffolding damage.

This is due both to the disturbance objectively caused by the presence of the construction site (which may also concern portions of exclusive property) but, above all, to the fear that similar infrastructures will be used by thieves to enter the real estate units.

After all, when the scaffolding must be installed inside a private courtyard located on the ground floor (in order to carry out a condominium building activity), discussions often arise.

In this case, in fact, a conflict arises between the condominium’s right to carry out works deemed necessary and the absolute respect for the right of the individual condominium.

Scaffolding and access to the condominium property: a choice to consider

In the absence of regulatory requirements, pursuant to art. 843 cc, however, the owner must allow access and passage to his land , as long as the need is recognized, in order to build or repair the wall or other work of the neighbor or municipality.

Consequently, if the condominium who does not want scaffolding in the garden turns to the Judicial Authority, the trial judge must verify whether the chosen solution is the only possible solution or, among several solutions, is the one that allows the achievement of the purpose with less sacrifice both for those who ask for the transfer and for the owner of the land who has to undergo it.

Naturally, access to the neighbor’s fund, permitted by art. 843 cc, implicitly allows access to be accompanied by the deposit of things , an operation necessarily instrumental to construction.

However, at the end of the work, must be eliminated at the expense of the depositor (which, from the beginning, bears the obligation restoration) all consequences implying a continued decline of the right of individual blocks which, however, must resume its original width.

Scaffolding and damage to the individual condominium

As foreseen by the second paragraph of art. 843 cc, if access causes damage, an indemnity is due to the damaged condominium.

If, for example, the scaffolding is not assembled properly and some parts fall into the condominium garden, damaging assets, the owner of the damaged real estate unit can request compensation from the contractor.

In any case, according to a jurisprudential opinion, it appears more consistent with the letter of the law, considering the expression “indemnity” as a preventive settlement of the damage that could result to the owner of the fund from the passage and from the continuation of the occupation, without prejudice to the obligation of close to restore the state of the places after the work is finished (Cass. civ., section II, 27/01/2009, n. 1908).

According to another part of the jurisprudence, the indemnity referred to in Article 843 of the Civil Code constitutes compensation for damage actually suffered by the condominium on the ground floor and which can instead be liquidated fairly, by reason of the access made by the neighbor, since it is a compound conduct. from a harmful lawful act and, therefore, released from the guilty behavior of the injurer

Thus a recent decision of the Supreme Court has specified that the ascertainment of the necessity of the passage to the exclusive property fund does not automatically entail the recognition of the indemnity against the owner of the same, having to prove in court the concrete damage suffered by them due to the passage by other condominiums (Cass. civ., Section II, 29/09/2020, n. 20540). This conclusion was recently confirmed by the Court of Taranto.

In the case examined, a condominium on the ground floor, in whose property the scaffolding had been installed, demanded compensation for the impairment of the use of the exclusive property area; due to the considerable production of dust and debris produced by building interventions and the consequent impossibility of opening doors and windows to ventilate the premises; for the loud noises of the construction site and the reduction in brightness of the premises (offices) due to the presence of scaffolding; according to the condominium – who turned to the Court – the compensation had to be quantified in relation to the rate established for the occupation of public land provided by the Municipality for construction activities, multiplying the relative amounts by the square meters occupied and the days of occupation . However, this request was rejected.

The Court of Taranto found that Article 843 of the Italian Civil Code, second paragraph, is unequivocal where it provides for the payment of an indemnity not in advance and unconditionally, but only “if access causes damage”. The plaintiff, however, has not shown that he has suffered economic damage resulting, for example, from the interruption of the business activity or the increase in expenditure for the consumption of electricity in order to compensate for any reduced natural lighting or the higher expenses for office cleaning to cope with the affirmed invasion of dust, the reduction in working hours with less production of profits (Court of Taranto 29 December 2021 n. 3075).