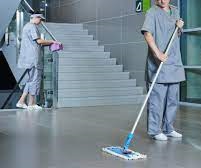 Cleaning company: without the DURC the condominiums suspend payments.

Cleaning company: without the DURC the condominiums suspend payments.

The interesting clarifications on the obligation of delivery of the DURC of the cleaning companies.

According to article 1460 of the civil code, in contracts with corresponding services each of the contracting parties may refuse to fulfill its obligation if the other does not fulfill or does not offer to fulfill his own at the same time, unless different terms for fulfillment have been established by the parties or result from the nature of the contract.

However, he cannot refuse execution if, having regard to the circumstances, the refusal is contrary to good faith.

In the light of this provision, it has been stated that the party summoned to court for the payment of a service can also limit himself to pleading rejection) non-fulfillment or imperfect fulfillment of the obligation assumed by the counterparty, in any of the configurations that the latter may assume.

This situation can also occur in the context of a service contract concluded between a condominium and a cleaning company that demands payment from the condominium community without fulfilling the obligation to deliver administrative documentation to the condominium administrator. The matter was recently examined by the Supreme Court in sentence no. 4079 of 9 February 2022.

A cleaning company requested and obtained an injunction against a condominium that had not paid for the cleaning services of the condominium building; the condominiums, however, promptly opposed the provisionally executive injunction issued by the Court, arguing that the contract between the parties had to be considered invalid since the contractor had not delivered the single document of contributory regularity (so-called DURC) ; in the face of this behavior, the condominium had suspended the payment of the consideration.

The Court accepted the opposition and, as a result, revoked the injunction issued against the opponent.

In support of the decision taken, the judge of first instance observed that the condominium had completely legitimately suspended the payment of the consideration, applying the principle referred to in art. 1460 of the Italian Civil Code; in fact, in the absence of the DURC for the period to which the invoices underlying the monitoring appeal referred, joint and several liability of the condominium together with the contractor could be configured for the irregular contributory and fiscal position of the latter’s employees. The Court of Appeal also reached no different conclusions.

According to the judges of the second instance, the non-compliance of the company was evident since, in relation to the DURC, it did not have the documentation coming from the INPS headquarters and / or from all the competent offices to know about the insurance positions in the territory, exposing the condominium at the risk for the collection, at the expense of the same, of the social security and social security charges pursuant to art. 29 of Legislative Decree n. 276/2002, a circumstance that actually occurred following the notification of the INPS assessment report raised in 2013 against the same building.

The company appealed to the Supreme Court claiming that it was not required to fulfill the obligation to obtain the DURC during the payment phase and that, moreover, the aforementioned art. 29 of Legislative Decree n. 276/2003 because a condominium does not carry out business activities and does not have legal personality.

Cleaning company and obligation to deliver the DURC: the decision

The Supreme Court has given full reason to the condominium. In fact, the Supreme Judges underlined that, in application of art. 29, paragraph 2, of Legislative Decree n. 276/2003, the cleaning company (now a recurring one) is required to present the DURC to the condominium (so much so that the INPS has notified a special assessment report to be paid by the condominium).

It follows that the condominium administrator is required to ask companies for all the documents necessary to demonstrate their legal regularity and to protect the safety of employees and the DURC is one of the main documents to be required to understand if a company of cleaning is suitable to operate inside the condominium.

The single document of social security contributions constitutes, in fact, the certification that companies or professionals must have to prove the effectiveness of the payment of compulsory social security and welfare contributions, which is why it is only from its regular possession that the certainty can be inferred that all the amounts due for this reason have been paid to INPS and INAIL.

Failure by the cleaning company to deliver the DURC or part of the documentation linked to it exposes the condominium to the risk of providing, as jointly responsible, the payment of social security and social security contributions pursuant to the aforementioned art. 29 of Legislative Decree n. 276/2003.

For the Supreme Court it is therefore evident that the condominium, in application of article 1460 of the civil code, can legitimately suspend the payment of the services rendered by the defaulting cleaning company.