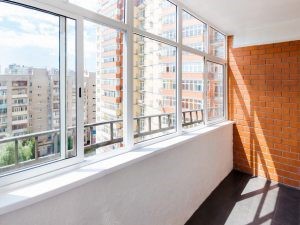 The presence of verandas can be a problem for the superbonus. For what reason? What are the remedies?

The presence of verandas can be a problem for the superbonus. For what reason? What are the remedies?

Superbonus and verandas, the case

The existence of a veranda , which is anything but rare, is one of those aspects that can represent a critical element, of great criticality, in relation to the use of the superbonus.

The existence of that room, in fact, although insistent on one element , the balcony, of exclusive property, also affects common spaces, at least on elements in condominiums, think of the perimeter walls of the facade.

Can this impact be relevant in relation to the so-called legitimate status of the common parts?

Before answering the question, let’s read what one of our readers wrote to us: « Hello friends of Condominioweb!

In the condominium where I live, five floors with elevator and twenty real estate units, we are thinking of works that benefit from the 110% super bonus.

The administrator told us that the verandas present, about ten in all, could be a problem. He said that in that case they should be dismantled otherwise, for what the technician he works with told him, the practice for the superbonus could be nullified

Is it there? Aren’t verandas a private matter ? Thank you, you are very useful! “

Superbonus and verandas: the amnesty

Let’s start with the notion of veranda that gives us the annex to the State – Regions Agreement regarding the adoption of the standard building regulations.

Room or covered space having the characteristics of a loggia, balcony, terrace or porch , closed on the sides by glass surfaces or with transparent and waterproof elements, partially or totally opening.

This is the normative definition of a veranda ; it is almost always considered a new room which increases the volume of the apartment.

Ergo: for the closure of a balcony on the veranda it is necessary to instruct a building practice , in this case a building permit.

In the absence of a permit to build, the building of the veranda represents an abusive activity that can be sanctioned in the event of an investigation, except for amnesty before the verification of the abuse itself.

Verification of conformity, or permission in amnesty

The reference standard is art. 36 of Presidential Decree 380/01 (Consolidated text of the laws and regulations on construction) which, in the second and third paragraphs, states:

” The issuance of the permit in amnesty is subject to the payment, by way of donation, of the construction contribution in double measure, or, in the case of gratuitousness by law, in an amount equal to that provided for by article 16. In the hypothesis intervention carried out in partial non-conformity, the payment is calculated with reference to the part of the work that does not conform to the permit.

On the request for permission in amnesty, the manager or the manager of the competent municipal office decides with adequate motivation, within sixty days after which the request is considered refused ».

The declaration of legitimate status

With respect to the legitimate state, before the intervention of the August decree and the related conversion law on the text of art. 119 of the Relaunch, it was said that the presence of even one abuse on a condominium property unit was able to block the works falling within the superbonus , since the technician could not certify the legitimate state of the property.

Paragraph 13- ter of art. 119 of the Relaunch in force today reads: ” In order to simplify the presentation of the qualifications relating to the interventions on the common parts that benefit from the incentives governed by this article, the asseverations of the qualified technicians regarding the legitimate status of multi-family properties, ‘article 9-bis of the consolidated text referred to in the decree of the President of the Republic 6 June 2001, n. 380, and the relative assessments of the one-stop shop for construction refer exclusively to the common parts of the buildings affected by the same interventions “.

Superbonus and verandas: is it possible to declare the legitimate status of the common parts?

The reasoning that was made after the approval of this rule is as follows: if the interventions to benefit from the 110% superbonus concern only the common parts and if the common parts comply with the original qualification, or the variants, nulla quaestio .

The technician will be able to certify the legitimate status and thus the work can be carried out on the common parts beyond the urban planning compliance of the individual real estate units.

Quite right? Yes, but this was not enough to make it possible to affirm that the presence of an unsealed veranda, in short, of an abusive veranda, is not able to undermine the possibility for the technician to issue a sworn declaration of the legitimate status of the common parts.

The veranda fits into the façade, is attached to the facade and makes it different from what is established by the qualifying title that provided for its construction, or by the subsequent titles.

Ergo? How to say that the abusive veranda , although the abuse was not perpetrated by the condominium, does not affect the legitimate state of the common parts?

The question, as they say, arises spontaneously .

If there is a veranda and this is found to be illegal , can condominiums in good standing who want to have work carried out under the so-called superbonus carried out, can they force the condominium who installed it to remove it?

They can certainly report the artefact to the competent municipal technical office to have it removed. This provided that before reporting the condominium has not started the practice to heal that artifact, where the amnesty is possible.

And the damage? From a point of law it cannot be ruled out that if a building abuse results in a prejudice for third parties, those people can ask for damages to those who have practiced that abuse.

As always, between theory and practice there are always many nuances that must be considered in order to be able to conclude that the presence of an abusive veranda can be considered a cause for damages if the 110% super bonus has not been used .