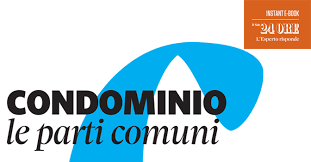 The common areas of the condo after the Reformation

Annotated list of “new” common shares following the entry into force of the Reform of the Condominium.

It is a non-exhaustive list, as the common parts can be identified in a manner also derogation from the house rules drawn up by the manufacturer and accepted by all the condominiums, convention exchanged between the apartment buildings or condominium regulations approved unanimously and totality of participants in the condominium.

List of common shares after the Reformation of the Condominium and its definition.

1) Soil on which it stands the building:

the land where the building is located, to which refers the art. 1117 cc, is that portion of land on which rests the entire building and, immediately, the tiny part of it; therefore, they fall within that definition the area where they are stuck foundations and the surface on which rests on the ground floor, not even the latter (Civil Cassation, sect. II, April 28, 2004, n. 8119).

The main walls are those intended to support the building and are therefore key parties for the existence of the building (Civil Cassation, sect. II, November 19, 1993, n. 114359)

the roof is a structure intended to cover underneath condominium building.

the flat roof can be defined as the one flat surface which is located at the upper part of the building condominium which basically performs the function of covering and protection of the building itself.

fixed structure that allows you to step up or down from one level to another condominium building.

are the ports that communicate the interior of the building with the road.

the vestibules are placed spaces between the entrance door and the interior of the building.

for passage means the space for the passage to the apartments and the common areas.

the courtyard is the discovery that area between the buildings of a building or multiple buildings, destined to give air and light to the surrounding environments and to allow the passage to access the individual units.

the façade is the exterior envelope of the building and visible, formed by the outer walls.

indoor or outdoor spaces of the building designed to allow the parking of vehicles.