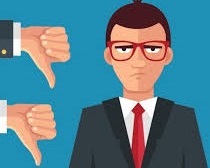 Bad management of the condominium administrator, handover and consequent difficulty in accounting reconstruction.

Bad management of the condominium administrator, handover and consequent difficulty in accounting reconstruction.

The Court of Rome, with the Sentence n. 4343/2019 of 26/02/2019, dealt with the case of a condominium which sued the former administrator, contesting a bad deal in the mandate relationship.

In particular, the previous director was criticized for not having carried out the office of director according to the principles of diligence of a good family man. In particular, the defendant was accused of not having drawn up and kept the accounting documentation necessary also to be able to present the final financial statements according to the criteria of truthfulness and clarity; that he did not return everything held at the end of the mandate and, finally, that he had distracted sums of money that he was in possession of by virtue of the assignment.

The reasons for the claim. The case, therefore, concerned the request for assessment of the bad management of the previous administrator, to the detriment of the condominium which, due to the conduct criticized by the defendant, had not been able to rebuild the financial statements and ascertain the actual income and expenses as it should have been but had had the need to resort to a “complex audit activity necessarily entrusted to a technician after having acquired again from the condominiums the payment receipts of the shares paid to the Condominium, from third parties (where possible) the findings of the payments made and by the body especially bank account statements “.

The documentary findings. Precisely thanks to the auditing carried out by a third party appointed by the condominium for this purpose, the plaintiff believed it had emerged with documentary clarity that the former director had unduly withheld a considerable sum.

The requests. On this basis, the condominium acted to request the repetition of sums distracted and in any case not returned by the defendant, at the end of the mandate.

The outcome of the judgment. The case was documented and, as necessary in these cases, an accounting expert was carried out.

The actor, on the basis of what was confirmed by CTU, showed that the former administrator had not followed diligent conduct. In particular, the defendant had not carried out the office of director according to the principles of diligence of the good family man.

He had not kept the accounting documentation “also necessary to be able to present the final balance sheets according to the criteria of truthfulness and clarity, for not having returned all the items held at the conclusion of the mandate and for having distracted sums of money he was in possession of under the assignment “.

Furthermore, these circumstances had made it difficult to reconstruct the financial statements and ascertain the actual income and expenses “if not by means of complex prior auditing activities necessarily referred to a technician“.

Basically, it had violated the mandate provisions and in particular those envisaged by art. 1713 cc. and he had operated with evident malice.

The analysis of the institutes. In the conduct that must be carried out by the administrator, the origin of the assignment and the end of the same are linked by a common denominator which is identified with the title placed at the base of the relationship between condominiums and administrator: the mandate contract.

It is worth remembering (in light of the frequent case law on the subject) that the mandate, expressly provided for by art. 1703 of the Italian Civil Code, is the contract by which one party undertakes to perform one or more legal acts on behalf of the other.

The condominium administrator, in this case, as an agent, is required to execute the mandate conferred on him with the diligence of the good father of the family in accordance with art. 1710 of the civil code.

The cardinal principle that governs the mandate contract is the diligence of the good father of the family, a parameter on which to base the assessment of the conduct put in place by the administrator.

This being said, it is generally observed that, in the light of art. 1713 of the Italian Civil Code, the agent has the obligation, once the assignment is terminated, to remit to the principal “all that he received because of the mandate“.

The new art. 1129 paragraph 14 of the Civil Code, then, expressly states that, although not governed (with regard, as far as is relevant here, to the contract between the owner and the administrator) by the rules referred to in Articles 1129 et seq cc, the provisions of the mandate apply.

Hence, we read in sentence no. 4343/2019, among the administrator’s obligations, there is that of “returning, upon the termination of the assignment, the sums of money belonging to the condominium received during the mandate and not yet used for purposes other than those of the management body: whence therefore to return “.

The series, as we said, is unfortunately constant and wide. The judgments aimed at ascertaining the bad management of the previous administrator, if it is true that sometimes they are without foundation, it is equally true that they still represent a large slice of litigation in the condominium area.

In the recent past, the Court of Rome, with sentence no. 8275/2019, for example, dealt with the similar case that had seen a Condominium sue the previous administrator complaining that the conduct put in place by the former administrator was to be considered contrary to the principles of good faith and fairness and to the general principle of evaluation based on the diligence of the good father of the family, charging the defendant to have collected the charges without paying the suppliers thus forcing the Condominium, for example, to remain indebted to third parties and for not having delivered the accounting documents.

Previously, always the Court of Rome, with sentence no. 13061 of June 26, 2018, had sentenced the former condominium administrator to compensation for all damages suffered by the condominium as a result of the bad accounting management established, represented by an “accounting disorder”, with particular reference to the gaps in the financial statements, to the failure keeping the accounting records required by law and the confusion of assets between principal and agent and the need to establish an extraordinary fund.

If such are the cases of a liability that we could define as contractual, it is fair to say that in the case of ascertained liability, even non-pecuniary damages can be compensated by the former director, as clarified by an order of the Turin Court of 2014 according to which mismanagement of the administrator causes non-pecuniary damage.