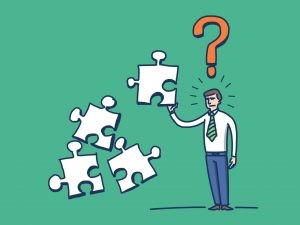 The appointment of the administrator is void without a quote.

The appointment of the administrator is void without a quote.

The director is required to specify the amount of remuneration requested at the time of appointment, noting it in the minutes. Otherwise, the resolution must be considered null, as expressly provided for by art. 1129 cc Also the Cassation, as already part of the jurisprudence of merit, with the recent sentence n. 12927 of 22 April 2022, confirmed that for the legitimacy of the appointment it is not sufficient to refer to the remuneration paid in the previous management and indicated in the final balance brought to the approval of the shareholders’ meeting.

Nothing the appointment of the administrator without estimate: The concrete case.

In this case, a condominium company had challenged in court the fact that the assembly had approved the appointment of the director without the latter having specified the remuneration for the activity to be carried out. The Court of Udine had rejected the request and the sentence was promptly appealed.

The Court of Appeal of Trieste had in turn rejected the appeal, considering that the amount of the requested remuneration did not necessarily have to be indicated in the resolution conferring the appointment nor emerge from the minutes of the meeting.

Furthermore, according to the appellate judges, the records contained an estimate signed by the administrator and addressed to the condominiums, and likewise a budget, with division and installment plan, indicating the administrator’s remuneration.

The condominium company, not at all convinced of the reasons given by the judges of merit, had therefore appealed to the Supreme Court, arguing the violation and false application of art. 1129, paragraph 14, of the Italian Civil Code and highlighting that in the director’s appointment report there was no mention of either the compensation requested or the documentation previously sent to the individual condominiums.

The decision of the Supreme Court.

According to the Supreme Court, the appointment of the condominium administrator, which falls within the powers of the assembly, is structured, following the 2012 reform, as an exchange of proposal (by the administrator) and acceptance (by the majority of the assembly), on the basis of what is inferred from paragraphs 2 and 14 of art. 1129 cc, as well as by art. 1130, n. 7 of the Italian Civil Code, which states that the appointment of the director must be recorded in a special register.

More generally, according to the Supreme Court, from art. 1130 n. 7, cc and art. 1136, last paragraph, of the Italian Civil Code, it is clear that “the resolution appointing the director and the related administration contract must also have a written form” .

In other words, if the motivation of the sentence is well interpreted, the procedure for stipulating the contract between the administrator and the condominium must necessarily include the presentation of a written proposal by the former (which is substantiated in the so-called estimate, it being necessary to highlight how the content of this mandate is largely predetermined by law) and a compliant acceptance of the same by the majority of the condominium structure, which must obviously result from the relative appointment resolution reported in the meeting minutes.

According to the Supreme Court it must be considered that, in order for a valid condominium administration relationship to be established, a specific formal requirement must be met, i.e. a document, approved by the assembly, must be identified which bears, also by reference to an estimate expressly indicated as an integral part of its content, the essential element of the analytical specification of the amount due by way of compensation, a specification that cannot be considered implicit in the shareholders’ meeting resolution approving the report.

After all, how could condominiums evaluate the convenience of choosing an administrator rather than another if not by comparing the relative economic demands?

Hence, in the specific case, the decision of the Supreme Court to proceed with the annulment of the contested sentence which, as mentioned, had held that the amount of the compensation requested by the director did not necessarily have to be indicated in the resolution conferring the office, nor emerge from the minutes.

The Supreme Court therefore enunciated the following principle of law: “For the purposes of Article 1129, paragraph 14, of the Italian Civil Code, which provides for the textual nullity of the appointment of the condominium administrator if the amount due by way of remuneration, for the establishment of a valid condominium administration contract it is necessary to ascertain the existence of a document, approved by the assembly, bearing, also by referring to an estimate expressly indicated as an integral part of its content, the essential element of the analytical determination of the consideration, which cannot be considered implicit in the shareholders’ meeting resolution approving the financial statements “.

What should the administrator’s estimate contain?

For the above, always if the motivation of the sentence in question is properly interpreted, for the legitimacy of the resolution appointing the director, it must be considered sufficient that the minutes of the meeting show the amount requested by the proposer as compensation and accepted by the meeting or the reference to the content of the contract proposal which, however, must be attached to the minutes, to become an integral part of it.

Personally, this second option is considered preferable, because the mere indication in the minutes of the amount of the annual emolument seems reductive compared to the rationale of the novella pursuant to art. 1129, paragraph 14, of the Italian Civil Code. If, in fact, the purpose of the provision is to allow the comparability of the offers of the candidate directors and, once the contractual relationship has started, to ensure that the financial claims presented in the final balance are verifiable, it is necessary that the the administrator’s obligation is not only and not so much to indicate the annual amount of the fee requested, but rather to specify which activities are to be understood as included in this emolument. Hence the need for an analytical estimate.

Otherwise, the various estimates will never be comparable with each other, nor will the disputes between condominiums and administrator be resolved in advance as to whether or not an activity falls within the agreed fee.

An example may be that of the execution of tax obligations, which the administrator, perhaps an expert in accounting and accounting, could perform personally or delegate to a service company, exposing the related cost to the condominium. But think, then, of the thorny theme of extraordinary activity. It is evident that these and other choices should be left to the free bargaining of the parties.

However, in the absence of the necessary transparency, these decisions risk being imposed on condominiums once things are done (i.e. revealed in the report) and giving rise to disputes and judicial litigation.