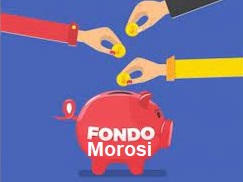 For the establishment of the default fund, a simple majority is enough and the expense must be divided among all the condominiums, including the defaulting ones, with the thousandths of ownership.

For the establishment of the default fund, a simple majority is enough and the expense must be divided among all the condominiums, including the defaulting ones, with the thousandths of ownership.

The resolution to establish the default fund must be considered legitimate where it appears the need to obtain advance payments from the condominiums to allow the continuation of regular condominium management, thus avoiding further damage.

The expense must be divided among all condominiums, even those in arrears, and a simple majority is sufficient for its approval. These are the conclusions reached by the Court of Appeal of L’Aquila, with the recent sentence no. 827 of May 27, 2021.

In this case, the Court of Sulmona had annulled the resolution by which a condominium had approved the adjustment of the fund for defaulting condominiums, believing that it violated the principle of partiality of the obligations contracted by the administrator in representation and in the interest of condominiums for the conservation and enjoyment of the common parts, principle expressed in the well-known sentence of the United Sections of the Cassation n. 9148/2008 and confirmed by art. 63 Avail. att. cc .

According to the Court of Sulmona, it is therefore impossible to accuse the non-compliance of the defaulting condominiums in advance , without prejudice to the different hypothesis of the need to act urgently to protect common goods and services.

However, according to the courts of first instance, in the present case no proof of the existence of this assumption had been offered by the condominium . The latter then proceeded to appeal the sentence and the Court of Appeal of L’Aquila proved to be of a completely different opinion.

The problem of condominium arrears.

Thanks to the serious economic crisis, it happens more and more often that condominiums pay late, or do not pay at all, their share of condominium expenses .

At this point a kind of vicious circle is unleashed. The administrators find themselves in difficulty, as they can no longer count on the budgeted revenues and on the contrary have to use part of them to initiate judicial credit recovery actions. The suppliers of the condominium, for their part, are forced to solicit the payment of the agreed fees, threatening the initiation of legal actions.

The co-owners in good standing with the payments may therefore be required to advance the fees due by other condominiums to avoid the suspension of services. But is this possible ?

Can an assembly resolution legitimately require those who have already paid their share to pay additional sums to cover the shortfall that has arisen in the condominium coffers ?

These are the questions to which the Tribuna di Sulmona and the Court of Appeal of L’Aquila have been asked, providing, as we have seen, antithetical answers .

According to the first instance judge, in fact, it would not be possible to require condominiums in good standing with payments to bear in advance also the expenses due by defaulting condominiums, unless there is an urgent need to pay the debts contracted by the condominium administrator. with suppliers and avoid the suspension of services and / or the production of further damage to the condominium.

Default condominium fund. The decision of the Court of Appeal of L’Aquila.

Precisely on this aspect, the Court of Sulmona had held that the condominium had not provided proof of the need to intervene with the defaulting fund due to the need to act urgently to protect common goods and services.

The appellate judges, on the contrary, held that in such cases the urgency that justifies the creation of such a fund is to be considered, so to speak, in re ipsa , given the evident need to guarantee the condominium and all condominiums the provision of essential common services (water and electricity utilities, heating, porter’s salary, taxes and fees, social security accessories).

Under these conditions, according to the Court of Appeal, there is certainly an urgent need to avoid prejudice to the condominium, as to ensure essential services it is essential to provide for a fund to meet them, given that otherwise the suppliers could have suspended the related services. disbursements.

If the aforementioned circumstances occur, the establishment of the default fund cannot therefore be considered contra legem. First of all, the relative resolution of the shareholders’ meeting cannot be judged in violation of art. 1123 cc , according to which condominiums are required to pay common expenses on the basis and limited to their thousandth ownership shares.

In fact, with the default fund, the sums requested are only advanced by the virtuous condominiums and must be returned to them once the insolvency and / or executive procedures implemented against the defaulters have been concluded.

Nor is such a prohibition found in the new art. 63 Avail. att. cc which, as is known, has provided for the condominium creditors the obligation to preliminarily enforce the condominiums in arrears with the payments to the condominium, being able to attack only secondarily the assets of those in good standing with the aforementioned payments.

Furthermore, again according to the Court of Appeal of L’Aquila, the jurisprudence has for some time clarified that the resolution of the assembly with which a special fund is set up to meet cash needs, when said decision is aimed at avoid more serious damage to all condominiums, deriving from the danger of interruption of essential common services (Cass. civ. n. 8167/97, ​​Cass. civ. n. 13631/2001).

Finally, as anticipated, the appellate judges clarified that a simple majority is sufficient for the validity of the resolution establishing the default fund, and therefore qualified majorities are not necessary .