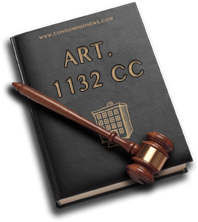 Di Luigi Salciarini – In the condominium it is a general rule that the decisions concerning the management of the building are taken by the assembly by a majority decision, even when it comes to judicial litigation.

But the individual is given the opportunity to escape the empire of the assembly, with the so-called “dissent to disputes” provided by Article 1132 of the Civil Code.

According to this rule “if the assembly of condominiums has decided to promote a dispute or to resist an application the dissenting condominium (…) can separate his responsibility for the consequences of the dispute in the case of losing (… ). “

But what rules to follow why this dissent is correctly expressed and has full effect?

In fact, just as the individual, in some cases, can act autonomously in defense of condominium interests even if the condominium believes not to do so, in the same way this individual has the right not to act or not to respond to the demands of others.

The manifestation of dissent must also be considered valid by means of a “verbal” declaration (to be distinguished, however, from the expression of a vote contrary to the resolution which sets the dispute, as clarified by the Court of Naples with the sentence of 8 January 2003).

Consequently, the resolution that imposes on the dissenting a portion / part of the litigation costs incurred by the condominium (last, judgment of the Court of Cassation No. 1485/1996) is invalid. In any case, Article 1132 of the Civil Code does not apply to expenses c.d. “Extrajudicial” (like those for a legal opinion: case clarified by the Court of Florence with the sentence 4149/2006).